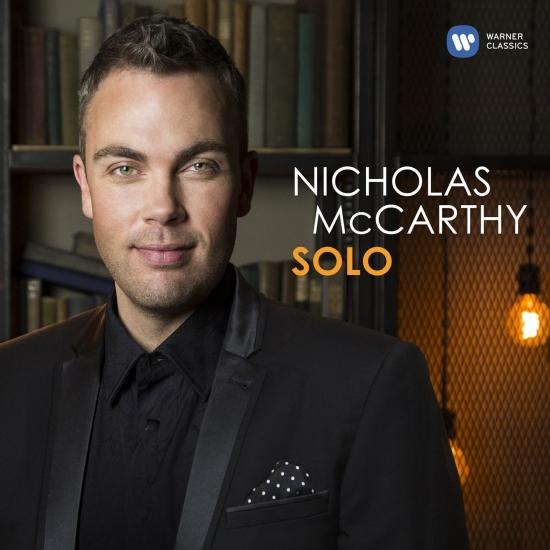 Nicholas McCarthy, who at one point was told he would never have a career, is not your average artist. Born in 1989 without his right hand, he only began to play the piano at the late age of 14, going on to become the first one-handed pianist to graduate from the Royal College of Music in that institution's 130-year history. The same year, he performed alongside Coldplay at the Closing Ceremony of the 2012 Paralympic Games in front of a televised audience of half a billion worldwide. Accessible yet surprising at every turn, Nicholas McCarthy’s debut album ranges from Wittgenstein’s arrangement for left hand of Bach/Gounod’s Ave Maria to popular early 20th-century works such as ‘O mio babbino caro’ from Puccini’s Gianni Schicchi (arranged by Frédéric Meinders) and ‘Summertime’ from Gershwin’s Porgy and Bess (arranged by McCarthy himself). "I hope this album will offer a snapshot of the range of repertoire that exists for left hand. My selection also offers a portrait of me as an artist, including three of my own arrangements.” The final track is a new commission by the British composer Nigel Hess – a Nocturne for left hand, written specially for Nicholas: “It has a really simple, beautiful theme and I've I love the way Nigel uses harmony. He does some unexpected things that I really like.”
Nicholas McCarthy, piano 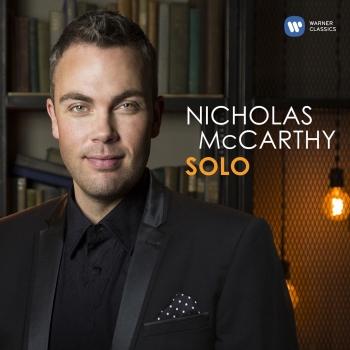 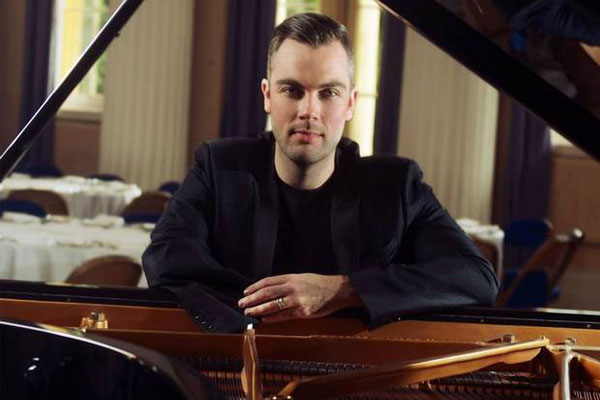 Nicholas McCarthy
was born in 1989 without his right hand and only began to play the piano at the late age of 14 after being inspired by a friend playing Beethoven's Waldstein Sonata. Despite having been told that he would never succeed as a concert pianist because of his disability, Nicholas would not be discouraged and went on to study at the prestigious Royal College of Music in London. In July 2012 he became the first one-handed pianist to graduate from the RCM in its 130-year history, making headlines around the world.
Nicholas champions the dynamic and brave world of left hand alone repertoire, which first came into being in the early 19th century and developed rapidly following the First World War as a result of the many injuries suffered on the battlefield. Paul Wittgenstein, a concert pianist who lost his right arm at the Russian front, was responsible for a body of work for left hand, commissioning Ravel, Prokofiev and Benjamin Britten among others. Nicholas continues this tradition not only through performances of the established repertoire, but also by making his own transcriptions.
In 2015 Nicholas was awarded Yamaha Artist status and is an Ambassador for the Yamaha CFX Concert Grand, Nicholas's piano of choice.
Having performed extensively throughout the UK in all the major venues including The Royal Albert Hall, Nicholas has also toured international in South Africa, South Korea, Malta, Kazakhstan and the U.S. Nicholas gives live performances and interviews on television and radio, most recently for BBC Radio 3, BBC Radio 4, BBC television, Channel 4 and ITV. He has featured in documentaries for the BBC and Channel 4. Summer 2014 saw Nicholas present two of the world-famous BBC Proms on BBC4 television. These television appearances have been responsible for drawing a cross section of new audiences to his imaginative and engaging recitals.
One of Nicholas's proudest moments was performing with the British Paraorchestra at the Closing Ceremony of the 2012 Paralympic games alongside Coldplay, with a rendition of the Paralympic anthem in front of an audience of 86,000 people and half a billion viewers worldwide.
As a keen supporter of charities he is Patron of Edric (European Dysmelia Reference Information Centre), Carers Gloucestershire, Create, and The Towersey Foundation. Nicholas is also ambassador of The One-Handed Musicians Trust (OHMI) and Reach, working alongside other charities including Scope and The Tadworth Children's Trust - all projects close to Nicholas's heart.
Speaking engagements have seen Nicholas appear across the UK in a range of schools and businesses including Goldman Sachs, ITV, Young Enterprise BFI event and most notably his TED Talk at The Royal Albert Hall.
In 2015 Nicholas signed to Warner Classics, releasing his first album, entitled Solo, in September of that year.