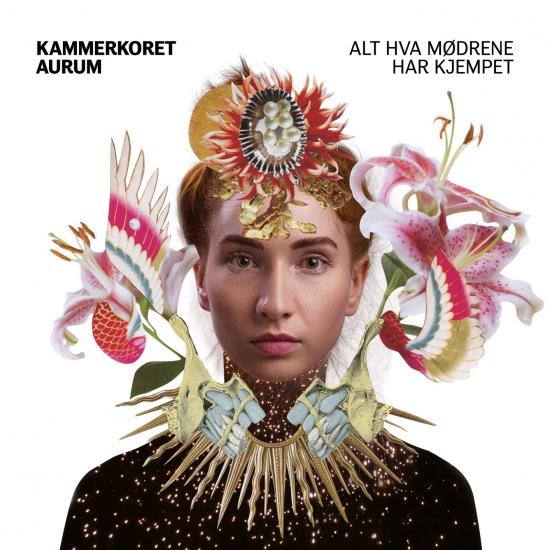 ALL THAT OUR MOTHERS HAVE FOUGHT is a collection of contemporary, Norwegian choral works portraying strong women. The music illustrate some of the many storms that women have had to – and still have to – weather. They tell stories about the women’s suffrage movement, about a Syrian student risking her life to complete her medical education, and about a small girl’s defiance. All these stories open our eyes to different viewpoints on women’s struggles. The driving force behind this collection is our wish to provide new perspectives on the weeping women of the Norwegian national anthem, thru music composed by Tone Åse, Trond Kverno, Marianne Reidarsdatter Eriksen, Birgit Djupedal, Ellen Lindquist and Eva Holm Foosnæs.
Kammerkoret Aurum
Eva Holm Foosnæs, conductor 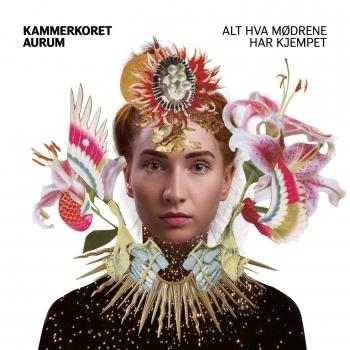 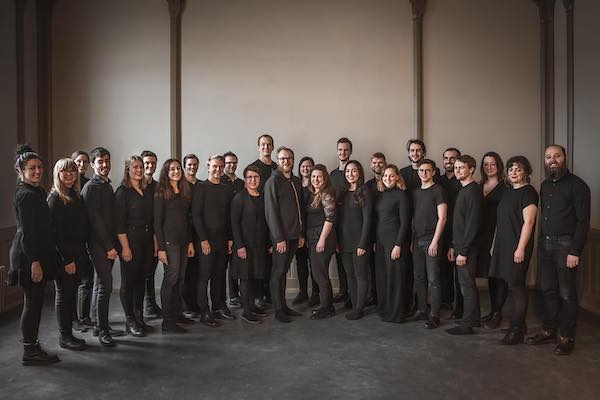 Kammerkoret Aurum
The chamber choir Aurum is an ambitious choir from Trondheim. The choir was founded in 2006 and consists of around 30 singers in their 20s and 40s. We are committed to maintaining a high musical level and have a varied and exciting repertoire consisting of both new and old music.
The chamber choir Aurum rehearses every Wednesday at 19:00 - 22:00 and has some practice weekends during the year. The choir is run by the choir members, and virtually all choristers have positions.
The chamber choir Aurum has done very well in both national and international choir competitions. In October 2018, Aurum received a gold diploma in the chamber choir and sacred classes at Canta Al Mar, Barcelona, ​​Spain. In 2017, we won sacred class and mixed choir class A during the NM for choir. We also received the Composers' Association's honorary award for performing the piece Come Peace by Marianne Reidarsdatter Eriksen. In 2015, we cleared the table during the NM for choir in Trondheim, with victory in the classes for sacred music and choir A + (choir at a particularly high level), plus victory in the Grand Prix itself. In the autumn of 2014, we won both the chamber choir class and the class for sacred music during the International Robert Schumann Choir Competition in Zwickau, Germany, with very high scores. In addition, we have won the mixed choir class during the national choir competition twice, first in 2009 and then in 2011 where we also won the Grand Prix.
The chamber choir Aurum is a sought-after choir for collaborative projects. In 2016 we helped set up Fauré's Requiem, and in 2017 Mahler's 2nd Symphony was on the poster. Through several years of requests from Olavsfestdagene, we have been able to expand our comfort zone. We have vocalized with Motorpsycho on the premiere of the commissioned work "A concert for most people" in 2014, and sang through a whole night in Nidaros Cathedral during John Tavener's gigantic work "The Veil of the Temple" in 2015. In 2017 we both improvised together with Eirik Hegdal on John Coltrane's "A Love Supreme", and choir with several of Norway's greatest artists at the hymn evening in Borggården, under the direction of Tord Gustavsen. We have also collaborated with other choirs. In 2017 we went to Oslo and held the concert Double Trouble with the Chamber Choir Nova, while at home we have, among other things. the collaboration with Viva and Embla. In 2018, we had a collaborative project with Ole Bull Chamber Choir where we performed Frank Martin's trade fair for double choirs in Trondheim and Bergen. Several of the last few years we have also participated in Ole Dalen's Christmas concerts, where we have shared the stage with both the Trondheim soloists and a large number of well-known artists from both home and abroad. We have participated in a support concert for refugees in Our Lady's Church, an anniversary concert for the Rolling Tones, and a concert in connection with Håkon Gullvåg's exhibition "The biblical cycle" in Nidaros Cathedral.
We like to challenge ourselves and what a choir can do, and are happy to receive requests for different types of collaborative projects.
Eva Holm Foosnæs
has conducted the Chamber Choir Aurum since 2012 and in her we have found a conductor who thinks outside the box, sets high goals, and expects quality at all levels. Eva grew up in Steinkjer, and has a master's degree in performing music at NTNU. Her main instrument was a piano with a specialization in composition. Eva has a regional conductor education at NTNU and studied in Italy in the spring of 2008 (Perugia). She has also had a six-month stay abroad in Germany, funded by RWE Dea's Scholarship Program and the Research Council of Norway to study opera and composition with Manfred Trojahn. Eva currently works as a freelance pianist, accompanist, coach, conductor and composer. In addition to being involved as a rehearsal artist in countless opera productions around the country, she has been the artistic director of Opera di setra and Tylldalspelet. Eva knows very well what it means to be a choir singer. She has sung in the women's choir Embla for 10 years and has taken singing lessons with Sissel Høyem Aune and Maria Stattin. The choir is constantly growing under Eva's knowledgeable leadership, and we are proud to have a conductor of her caliber!