Within a Dream Dagobert Böhm 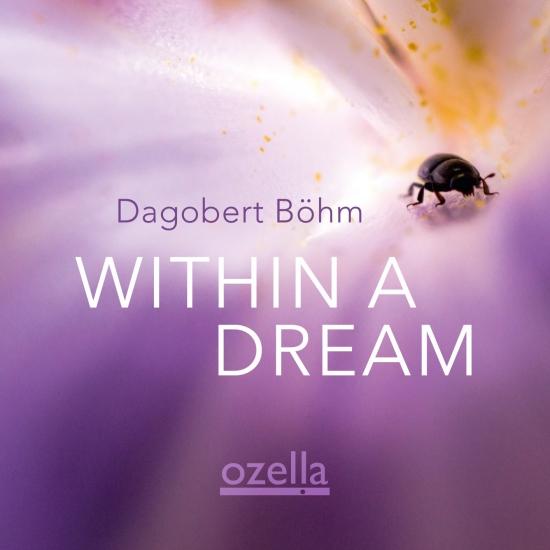 Info for Within a Dream

"Life is What Happens To You While You're Busy Making Other Plans," as John Lennon famously put it. This, in a nutshell, is the story behind Dagobert Böhm's long-awaited new album. A severe illness brought him dangerously close to the edge between life and death – none of his doctors believed he would ever be able to make music again. The ensuing writer's block kept the guitarist from finally recording the follow up to classics like Acoustic Moods and Morning Flight. But Böhm wasn't ready to give up. He returned from the crisis with an entirely new perspective on music and life – which left its mark on these dreamy pieces between folk and jazz.
Within a Dream now sees Böhm looking back and forwards at the same time. The track list includes several new pieces alongside fresh interpretations and extensions of previously published material – all of them in his recognisable, atmospheric style. In the liner notes, Böhm shares short, scenic memories of the tunes, and how they relate to his creativity. Combined with the music, these insights provide an intimate portrait of an artist who ultimately felt more comfortable in the background and left the limelight to others.
Böhm's creative partner Carsten Mentzel, known mainly for his downbeat masterpiece A New High Fidelity Tripout (as Stardelay), added a wide range of sounds to the music – from Fender Rhodes to glockenspiel and from electronic beats to vintage synthesizers. The cast was completed by Norwegian folk mystic Karl Seglem on Saxophone, Knut Hem on dobro as well as pedal-steelist and percussionist Ómar Guðjónsson – not just accomplished musicians, but close friends. And so, these sessions turned into probably his most personal recordings ever.
As a logical result, the album is a seamless continuation of Böhm's sonic explorations. Within a Dream is not supposed to turn the world of music upside down. It's just supposed to make it a little more beautiful – more dreamlike, if you will.
“Musically, the dream trip carried by the acoustic guitar, wrapped in Mentzel's soundscapes and occasionally enriched by Karl Seglem with beautiful saxophone excursions, turns into a balm for the soul.” (Lothar Brandt, AUDIO)
Dagobert Böhm, acoustic guitar
Carsten Mentzel, Fender Rhodes, keyboards, bass programming
Karl Seglem, tenor saxophone
Knut Hem, dobro
Ómar Guðjónsson, pedal steel, drums (Track 7)

Booklet for Within a Dream