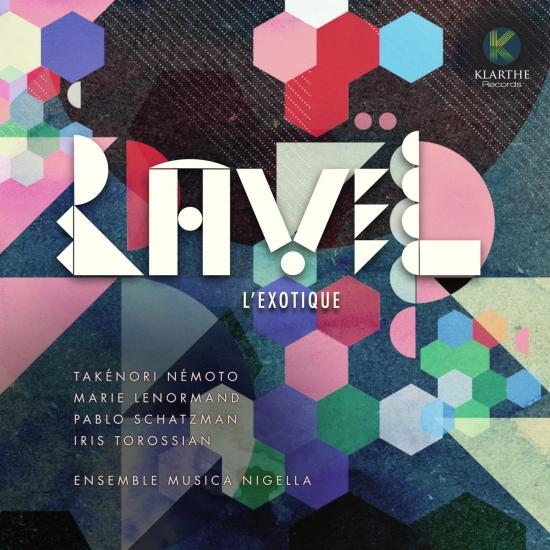 From neighbouring Spain to the Orient, passing by eastern lands, the second big wave of exoticism which reached its summit between the end of the 19th and beginning of the 20th century, unquestionably stimulated by numerous universal exhibitions organised in Europe, greatly influenced the writing of occidental composers in search of a new language, including many french composers, thirsty for new sonorities and looking to leave the academism of the past behind them. For Maurice Ravel who, excepting his one and only tour to the United States, had never undertaken a long journey to a far-away country, preferring to stay at home surrounded by small trinkets, most of which only held any value for their owner, finding inspiration in music from other countries or in literature which evoked unknown lands in a new aesthetic was not only a way of escaping the real world but also of creating his own universe, inhabited by imaginary characters where the "swiss clockmaker" could control everything, as he did with the cut-out stars in the shutters at his house in Monfort-L'Amaury which served to recreate a starlit night when the master, a victim of insomnia, managed to catch a few minutes of sleep in the middle of the day…
Ensemble Musica Nigella:
Takénori Némoto, conductor
Marie Lenormand, mezzo-soprano
Pablo Schatzman, violin
Iris Torossian, harp 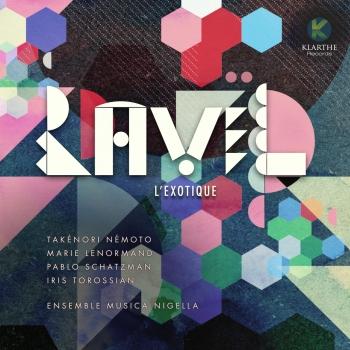 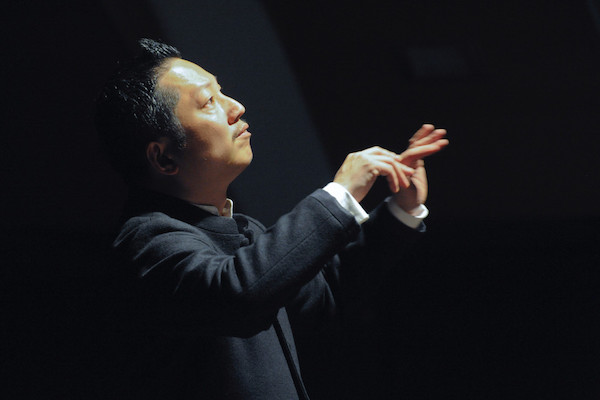 The Musica Nigella Ensemble
was formed in 2010 in response to a growing desire by the musicians and patrons of the eponymous festival, and of its musical director, Takénori Némoto, to create, from an initial core of some twenty musicians, the first professional orchestra to be accredited to the Conseil Général du Pas-de-Calais. Since then, the ensemble has received the support and recognition of well known performers and collaborated with celebrities from the world of the arts such as Marie-Christine Barrault, Mireille Laroche and Aurélia Legay.
In the year following its creation, The Musica Nigella Ensemble has given increasingly frequent concert performances and, in collaboration with La Péniche Opéra and the Compagnie Nationale de Théâtre Lyrique et Musical, have released, on the Maguelone label, their first DVD, Rita or The Beaten Husband, an opera by Gaetano Donizetti. Since 2011, the Musica Nigella Ensemble made appearances at the Théâtre du Chatelet in Paris, at the Théâtre de Fontainbleau, at the Espace Pierre Cardinin Paris at the Auditorium of Orsay Museum, at the Folle Journée in Nantes and in Japan, at the Festival de l’Orangerie de Sceaux and, of course, at the Musica Nigella Festival.
Coming from differing backgrounds (Orchestre National de France, Les Musiciens du Louvre-Grenoble, Orchestre National de Lille, Lucerne Symphonic Orchestra, Chamber Orchestra of Europe...) the members of the ensemble enrich its repertoire with the benefit of their varied individual musical experiences. The Musica Nigella Ensemble promotes in particular French and contemporary compositions as well as opera and hopes to become an ambassador in the Nord-Pas de Calais region for French music in Europe and abroad.
Takénori Némoto
Born in Japan in 1969, Takénori Némoto started his musical training at the age of 3 with violin and piano. At 15 he began to learn the French horn and composition, and at 18 began studies in conducting and musical direction.
After receiving several blue ribbon awards (horn, chamber music, orchestra, conducting, harmony, musical analysis) at Tokyo National University of Fine Arts, he arrived in France and entered l’École Normale de Musique de Paris where he received the ‘Diplôme Supérieur d’Exécution’ with the unanimous compliments of the judges, as well as the ‘Diplôme Supérieur de Concertiste’. He continued to study at the Conservatoire National Supérieur de Musique in Paris, where in 1996 he was awarded 1st prize in French horn, even before he had completed the course.
He has won many international competitions including ‘Les Nouveaux Virtuoses de Cuivre de Tokyo’, the Toulon International Horn Competition, the Trevoux International Horn Competition, the ‘Premoi Rovere d’Oro’ International Competition and The Henri Tomasi Woodwind Quintet Competition. He has performed, in France and abroad (England, Switzerland, Israel, Spain, Japan), in chamber musical ensembles with renowned performers such as Wolfgang Sawallisch, Maurice Bourgue, Jean Guillou, Jean-François Heisser and Mikhaïl Rudy. Since 2005 he has been principal French horn and soloist for the Orchestre de Chambre Pelléas, the Orchestre Poitou-Charentes and the Musiciens du Louvre- Grenoble.
His catalogue of compositions contains some thirty pieces of chamber music, song, concertos and symphonies commissioned by diverse groups such the Sapporo International Music Festival, the Kyoto Quatr’Arts Festival, the International Tuba congress, the Justiniana Ensemble, the Colliopée Ensemble, the Orchestre de Besançon, and the Orchestre Poitou-Charentes.
Simon Corley made the following comments with regards to Takénori Némoto’s new orchestration of Der Mond by Carl Off, performed at L’Opera de Paris in 2007: « by simplifying the orchestra to twelve players, Takénori Nemoto clearly thoroughly enjoyed himself, to the extent that I reassess my use of the word ‘simple’... I use simplistic to describe a sumptuous piece of work, which retains all the qualities of the original piece. ». A new publication containing almost all of Takénori Némoto’s work (compositions and musical orchestrations) was released in Japan in July 2011.