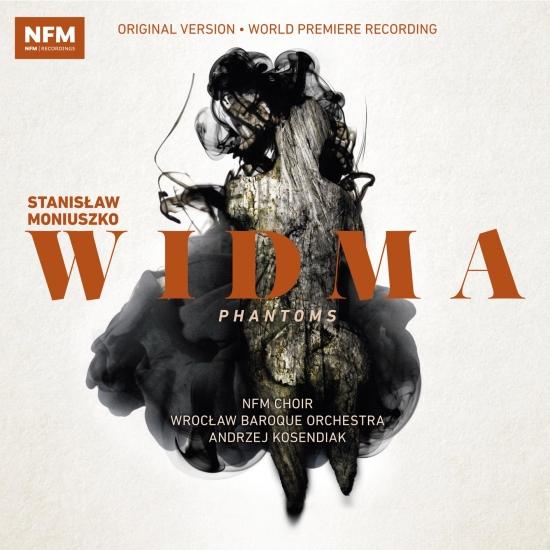 The latest release of the National Forum of Music and CD Accord features Phantoms- a cantata by Stanislaw Moniuszko according to Part II of Adam Mickiewicz’s Forefather’s Eve. The recording produced by prominent singers- among them Jaroslaw Brek, Aleksandra Kubas-Kruk and Jerzy Butryn, as well as actors, the NFM Choir and Wroclaw Baroque Orchestra under the direction of Andrzej Kosendiak- is the first in the original version, cleared of subsequent editorial changes. The album, which is the world premiere of the recording, is a rarity. The reconstruction of the score was made by Maciej Prochaska, whose commentary was included in the liner notes. Stanislaw Moniuszko is known as “the father of Polish opera” and the author of Songbook for Home Use. However, he was also a creator of cantatas, in which unlike any other Polish composer, he knew how to combine the typically operatic element of drama with characteristic lyricism and the meditative aura of songs. His cantatas are large-scale, multi-movement vocal-instrumental works, containing certain traits of both genres.
Andrzej Kosendiak, conductor
Jarosław Bręk, bass-baritone
Paweł Janyst, soprano (Guślarz)
Aleksandra Kubas-Kruk, soprano (Girl)
Jerzy Butryn, bass-baritone
Przemysław Wasilkowski (Widmo)
Bogdan Makal, bass-baritone
Mariusz Bonaszewski (Starzec)
Joanna Rot, mezzo-soprano
Anna Wieczorek (Sowa)
Dominik Kujawa, baritone
Mariusz Bonaszewski (Kruk)
Antoni Szuszkiewicz, boys-soprano (Aniołek)
Mikołaj Szuszkiewicz, boys-soprano (Aniołek)
Chór NFM
Agnieszka Franków-Żelazny, direction
Wrocławska Orkiestra Barokowa
Jarosław Thiel, direction 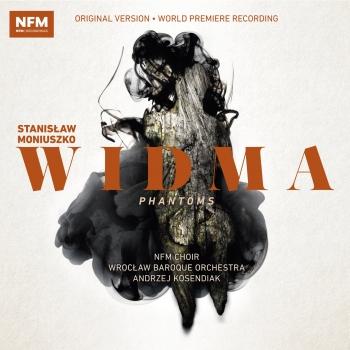 The NFM Wroclaw Philharmonic Orchestras
was established in 1954 and from the beginning of its existence has drawn on the rich traditions of its home city which has played host to such great artists as Wagner, Brahms (who conducted the premiere of his Academic Festival Orchestra there), Mahler, Bruch, Paderewski, Sarasate and Ysaÿe.
The Orchestras was founded in 1954 by Adam Kopycinski and Radomir Reszke and owes its development above all to its director-conductors, among others Jozef Karol Lasocki, Andrzej Markowski, Tadeusz Strugala and Marek Pijarowski.
Since 2006 the Orchestra’s General Director is Andrzej Kosendiak – a conductor and proponent of early and choral music as well as the initiator of numerous musical festivals and competitions.
The Orchestra’s Artistic Director since 2006 is Maestro Jacek Kaspszyk, Maestro Kaspszyk, former Artistic and General Director of the Polish National Opera and a leading guest conductor with orchestras including the London Symphony, Philharmonia, Bayerische Rundfunk, Chamber Orchestra of Europe and many others, whose masterly interpretations of monumental masterpieces have given Wroclaw audiences the opportunity of appreciating fully the power and absolute beauty of these works.
Major soloists appearing with the Philharmonic have included Martha Argerich, Midori, Juan Diego Florez, Ramon Jaffé, Peter Jablonski, Krzysztof Jablonski, David Oistrakh, Igor Oistrakh, Michael Ponti, Alexander Rudin, Benjamin Schmid and Krystian Zimerman.
The orchestral soloists are graduates of the most prestigious European music academies educated under the guidance of renowned artists and teachers. The Wroclaw Philharmonic players are not only professional musicians but passionate aficionados of music, representing several generations who form a truly unique ensemble.
The Orchestra performs regularly, presenting around 100 programmes per season. Its repertoire is exceptionally varied, consisting of works from various musical eras and periods from the Baroque to the Contemporary. Thanks to their work under the direction of artists specializing in particular musical styles (e.g. Jacek Kaspszyk – late Romantic and contemporary symphonic works; Zbigniew Pilch – Baroque, Classical and early Romantic music), the NFM Wroclaw Philharmonic Orchestra can boast an ability to perform every musical genre in an authentic and historically informed manner. The Orchestras also performs at music festivals, such as the Wratislavia Cantans, Warsaw Autumn, Chopin Festival, Musica Polonica Nova and Festspiele Mecklenburg-Vorpommern.
The Orchestra has given performances in renowned concert halls throughout the world, including Alice Tully Hall at Lincoln Center in New York, the Kimmel Center in Philadelphia, the Musikverein in Vienna, International Arts Centre in Antwerp, Tonhalle in Zurick, Festspielhaus in Salzburg, the Philharmonie in Cologne and Concertgebouw in Amsterdam, as well as a concert in New York’s St. Patrick’s Cathedral in memory of Pope John Paul II.
The Orchestra also participates in the Wroclaw Philharmonic’s well-established and varied educational programme – a cycle of concerts entitled Philharmonic for Youth and the Family.
The Orchestra records for radio and television and also has many CD recordings to its credit. Since 2007, together with the CD Accord label, the Orchestra has been working on a project of recording all the works of its patron – Witold Lutoslawski. Last year saw the relase of the first recording in this series entitled: Witold Lutoslawski Opera Omnia / Chamber Music which received the ‘Fryderyk’ Award. In October 2009 the Orchestra was awarded a Gold Disc for its recording of its DVD entitled Symphonically Perfect.
In the forthcoming season performances by the musicians of the Philharmonic will include magnificent works by such masters as Shostakovich, Kolar, Tchaikovsky, Brahms, Prokofiev, Stravinsky and J. Strauss as well as contemporary masterpieces and many solo concerts. Polish music will also be played with particular regard to the Chopin Year in 2010.