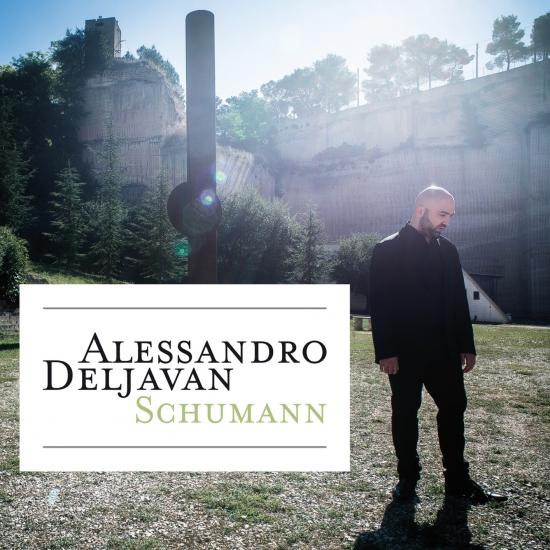 Alessandro Deljavan, the charismatic Italian pianist whose playing created a sensation at the 2013 Cliburn International Piano Competition, has produced his much-anticipated album of Robert Schumann works.
I have had the privilege of hearing an advance copy of this selection, which spans Schumann’s tortured life from his earliest to his latest solo piano compositions.
Deljavan’s keyboard control leaves the listener marvelously afloat as he executes virtuoso passages with apparent ease, then pauses in silence between his well-shaped phrases.
Of all the pleasures on this album, the Fantasia in C Minor, Op. 17, stands out among ten tracks. Schumann himself called the first movement the “most impassioned” he ever wrote. Deljavan is confident in his execution and true to Schumann’s view. The second movement puts the pianist through many hoops, the most challenging of which are the leaps in the coda. A pianist friend who heard this album with me pronounced the climax as “one of the most incredible demonstrations of piano technique on album”.
The dream-like third movement has been called one of the most beautiful meditations in music, a fitting description considering the quote from German poet Friedrich von Schlegel that Schuman added to the score: “Through all the varied sounds that fill the world’s many-colored dreams, one whispered tone may be faintly heard by those who listen in secret.” Again, Deljavan rises to the occasion.
The album leads off with the early Variations on the Name Abegg, Op. 1, whose four movements invite Deljavan to exercise a tasteful combination of cantabile lyricism, and a rubato so sensitive as to seem from another era of pianism.
Also on the album is the 12-part Papillons, Op. 2, which Schumann completed the year after the Abegg Variations. The brief and charming dance movements trail off at the end as the dancers fade away.
The heart-rending Gesänge der Frühe (Songs of Dawn) was Schumann’s final piano work, composed while already in serious mental decline. With great effort, he held his illness at bay sufficiently to complete the five movements but was institutionalized just four months later. Deljavan shines particularly in the second movement in D Major, a contrapuntal piece in which no voice is lost. In the fourth movement, Deljavan brings his song-like touch to the melodic theme.
Deljavan has conquered this difficult repertoire in part by his own extraordinary technique but mainly by diligent research. Contrary to many young pianists, he seeks the true meaning of a score, in this case spending days and weeks unearthing all available editions, including the autograph text of these Schumann gems. (Michael Johnson)
Alessandro Deljavan, piano