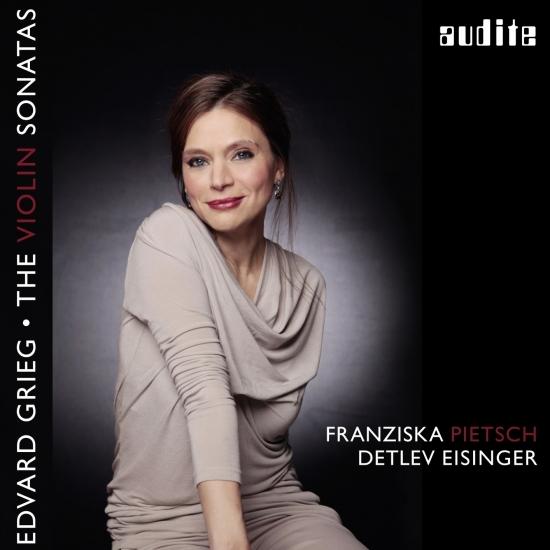 Info for Grieg: The Violin Sonatas

As an emerging talent in the GDR, Franziska Pietsch enjoyed special state support. After her father's escape to the West in 1984, two years of reprisals by the regime followed, intensively shaping Franziska Pietsch's understanding of music: deprived of any possibility of playing concerts or taking lessons, her chosen path towards hope - against desperation, refusal, fear and despotism - led inwards. Music became the only language in which she was able to express herself freely and which gave her the necessary strength to withstand external circumstances, continuing to hope for freedom. These were the origins of the intensity and artistic depth which characterise Franziska Pietsch's playing to the present day.
Franziska Pietsch and Detlev Eisinger make their audite debut with chamber works by Edvard Grieg. The three Violin Sonatas represent a major portion of his oeuvre in this field. Grieg composed at a time of national upheaval; his name stood for independence, but also for international diffusion of Norwegian music. The departure towards autonomy did not necessarily favour chamber music. Nonetheless, Grieg attached great importance to it in the styling of his musical language and sense of form. According to the composer, these three Violin Sonatas epitomise central stages in his artistic development: he called the first one 'naïve, rich in models; the second the national; and the third the one with the wide horizon'. Grieg rated these three sonatas amongst his best works.
Franziska Pietsch, violin
Detlev Eisinger, piano 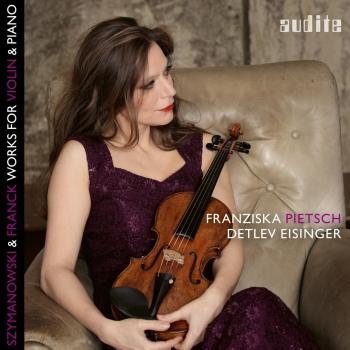 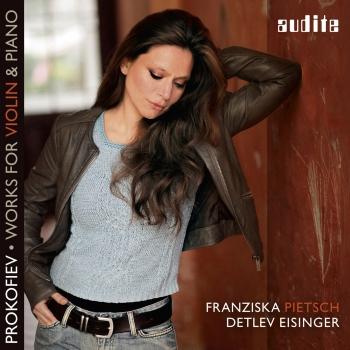 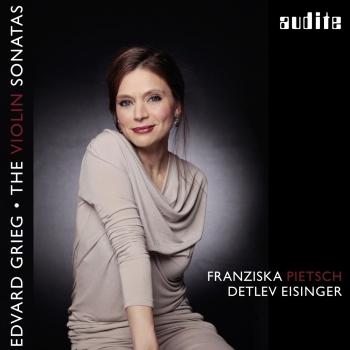 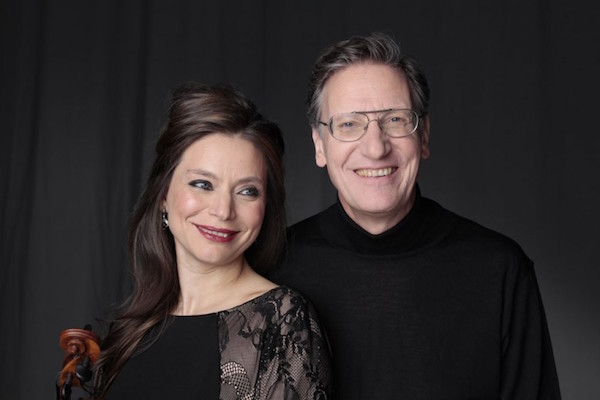 Franziska Pietsch
Raised in Berlin by a family of musicians rich in tradition, she received her first violin lessons at a mere five years of age. At age eleven, she played her debut-concert at the Komische Oper in Berlin, and was already engaged as a soloist with distinguished orchestras of the former GDR. She began her studies at a young age the “Hanns Eisler” Music University with Professor W. Scholz. She received exceptional support by the state, until her Father fled to West Germany in 1983 upon which three arduous years marked by reprisals from the regime followed. Being 16 years old, she was able to immigrate to Western Germany with her mother and younger sister in 1986. She continued her musical education with Prof. Ulf Hoelscher in Karlsruhe, Prof. Jens Ellerman in Hannover, as well as Dorothy Delay at the Julliard School in New York. Master courses with established people such as W.Wilkomirska, R. Ricci, H. Krebbers and Z. Bron were precious impetuses for her artistic career. She is the prize-winner of the Bach-Wettbewerb Leipzig, the Concertino Praga and the Concours Maria Canal in Barcelona. Henceforth, her extensive concert activity leads her to various countries in Europe as well as to American and Asia. Amongst others, she performed with conductors such as Antoni Wit, Arpad Joo, Moshe Atzmon, Julia Jones, Toshiyuki Kamioka and Georg Hanson. From 1998 to 2002, she was the first concert master of the Sinfonieorchester Wuppertal, and from 2006 to 2010, second soloist in the Orchestre Philharmonique du Luxembourg. She received regular invitations to perform as a concert master at the Düsseldorfer Oper, Frankfurter Oper and the WDR in Cologne. This experience as concert master in renowned Orchestras proved to be a fruitful and inspiring time. Yet her particular interest lies in chamber music. She founded the Trio Testore together with the Pianist Hyun Jung Kim-Schweiker and the Cellist Hans-Christian Schweiker in the year 2000. Since then, it accompanies and enriches her artistic path. In addition to its extensive concert activity, the Trio instituted its own chamber music festival “Mai – Klassik” in celebration of its 10th anniversary. Their complete recordings of Brahms’s trios on SACD Surround appeared in April 2013 on the Label Audite. An additional recording of works by Rachmaninov and Tchaikowsky was released in August 2014 on the same Label, going on to being nominated for the “International Classic Music Award 2015”. Since 2002, the most intimate language of the chamber music has bound her to her artistic partner at the Piano, Detlev Eisinger. Their first CD, with works by Beethoven, Mozart and Brahms appeared 2014 on the Label Musicom. Another CD with all Grieg Sonatas will be published mid-2015 with the Label Audite. Since 2014, the String Trio Lirico has been part of her artistic path. Besides her passion for music, a yearning for poetry and the wish to express the events of her life in her own words has accompanied her since a young age. Especially the style of the poem has always fascinated her. Akin to music, it invites a deep freedom of the soul, orchestrated through rhythm and dramaturgy. Music and poetry constitute mutual influences and inspirations for her artistic life. Her Poems will now be released for the first time by the Karin Fischer Verlag in the middle of the year, together with works by the artist Nasrah Nefer. Franziska Pietsch plays a Violin crafted by Carlo Antonio Testore (Milan) in 1751.

Booklet for Grieg: The Violin Sonatas