Even In The Quietest Moments… (Remastered) Supertramp 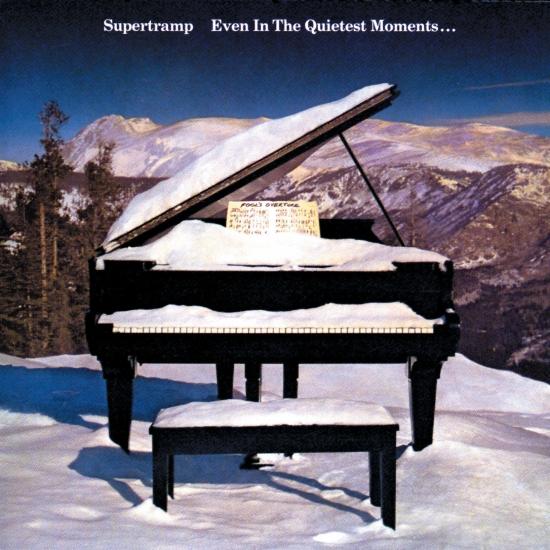 Info for Even In The Quietest Moments… (Remastered)

Even In the Quietest Moments was the third of four consecutive great albums produced by Supertramp in the mid to late seventies. However, this album was unique in many ways especially musically. The album includes a couple of acoustic-fueled songs by co-songwriter and vocalist Roger Hodgson, both of which would climb the pop charts. Released three years after the band’s art-rock breakthrough, Crime Of the Century, and two years prior to their popular smash, Breakfast In America, 1977’s Even In the Quietest Moments acts as a nice bridge between two corners of the band’s evolving sound.
Supertramp alternated between two distinct singers and songwriters. Hodgson has a high-pitched, child-like voice which contrasts sharply with Rick Davies, who has a more distinctly masculine, baritone voice. Still, it all seemed to work well through their career as they constructed distinct music that was elegant, witty, obscure and entertaining. This album is laid out with each taking alternate turns with the seven tracks, starting with Hodgson, whose four songs included the most popular, recognizable, and accessible. Still, Davies’ three contributions are the glue which holds the album together and makes it a very interesting piece for the critical listener.
Produced by Supertramp, the band employed famed engineer Geoff Emerick, who had worked on much of the Beatles recordings. The album was mainly recorded at Caribou Ranch Studios, a converted barn in a remote area of Northern Colorado. The cover photo of a snow covered piano was taken outside near the studio.
"The title of Even in the Quietest Moments... isn't much of an exaggeration -- this 1977 album finds Supertramp indulging in some of their quietest moments, spending almost the album in a subdued mood. Actually, the cover photo picture of a snow-covered piano sitting on a mountain gives a good indication of what the album sounds like: it's elegant yet mildly absurd, witty but kind of obscure. It also feels more pop than it actually is, despite the opening single, "Give a Little Bit," their poppiest song to date, as well as their biggest hit. If the rest of the album doesn't boast another song as tight or concise as this -- "Downstream" comes close but it doesn't have the same hook, while "Babaji," a pseudo-spiritual moment that falls from the pop mark; the other four tracks clock in well over six minutes, with the closer, "Fool's Overture," reaching nearly 11 minutes -- it nevertheless places a greater emphasis on melody and gentle textures than any previous Supertramp release. So, it's a transitional album, bridging the gap between Crime of the Century and the forthcoming Breakfast in America, and even if it's not as full formed as either, it nevertheless has plenty of fine moments aside from "Give a Little Bit," including the music hall shuffle of "Loverboy," the Euro-artiness of "From Now On," and the "Fool on a Hill" allusions on "Fool's Overture." (Stephen Thomas Erlewine, AMG)
Roger Hodgson, guitars, keyboards, lead vocals (1,3,5,7)
Rick Davies, keyboards, lead vocals (2,4,6)
John Anthony Helliwell, saxophones, clarinet, melodica (6), backing vocals
Dougie Thomson, bass
Bob Siebenberg, drums, percussion
Additional musicians:
Gary Mielke, Oberheim programming
Michel Colombier, orchestral co-arranger
Digitally remastered 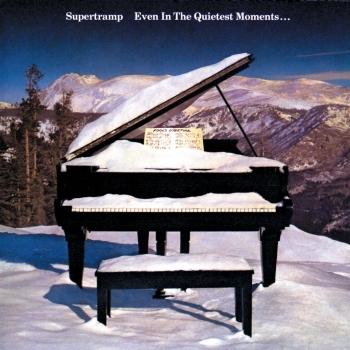 Even In The Quietest Moments… (Remastered) 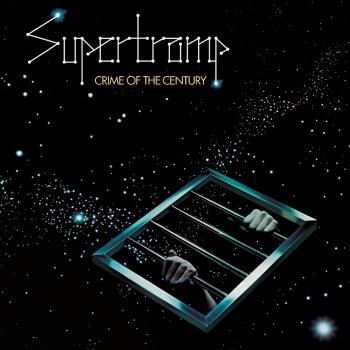 Crime Of The Century 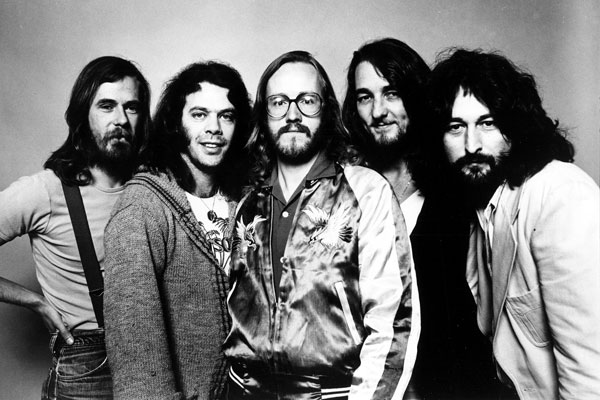 Supertramp
Once upon a time in 1969, a young Dutch millionaire by the name of Stanley August Miesegaes gave his acquaintance, vocalist and keyboardist Rick Davies a genuine opportunity to form his own band; he could form the band of his dreams and Miesegaes would pay for it. After placing an ad in Melody Maker, Davies assembled Supertramp.
Supertramp released two long-winded progressive rock albums before Miesegaes withdrew his support. With no money or fan base to speak of, the band was forced to redesign their sound. Coming up with a more pop-oriented form of progressive rock, the band had a hit with their third album, Crime of the Century. Throughout the decade, Supertramp had a number of best-selling albums, culminating in their 1979 masterpiece, Breakfast in America.
Breakfast in America marked their first album that tipped the scale completely in the favor of pop songs; on the strength of the hit singles Goodbye Stranger, Logical Song, and Take the Long Way Home it sold over 18 million copies worldwide. After that album, Supertramp continued to develop a more R&B-flavored style; the change in direction was successful on 1982's Famous Last Words, but they soon ran out of hits. The band continued to sporadically record and tour into the '90s. (Source: Stephen Thomas Erlewine, All Music Guide)