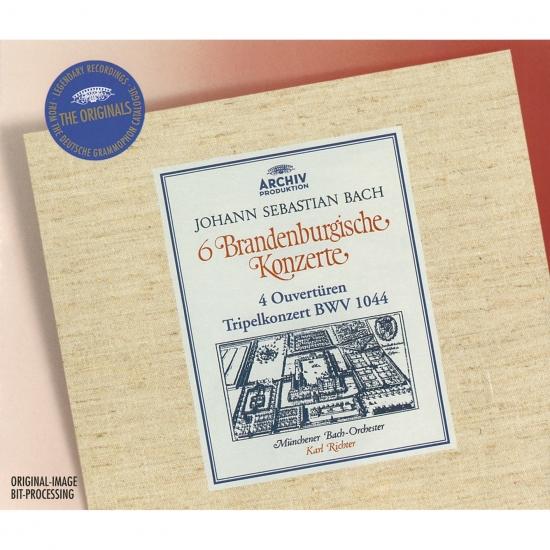 This is priceless music-making. One can really feel that Richter is performing and conducting from his own heart and love for Bach, and all the while the orchestra is inspired to sing and to dance with him. The horns are laughing, the violins singing, and the listener is invited to experience flashes of happiness and joy with the chattering harpsichord.
Münchener Bach-Orchester
Karl Richter, conductor 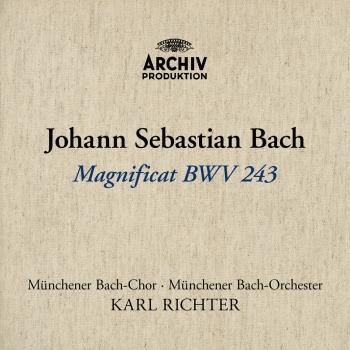 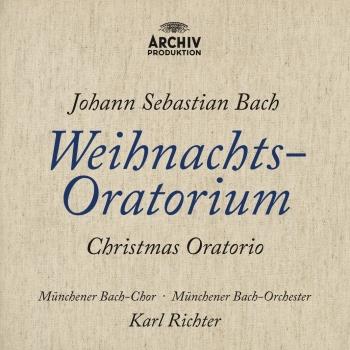 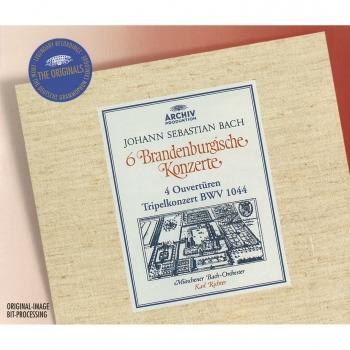 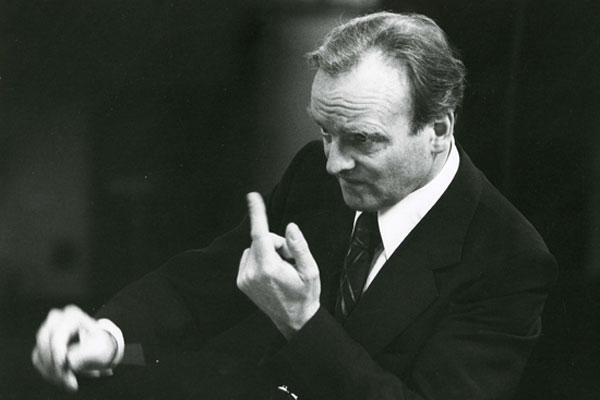 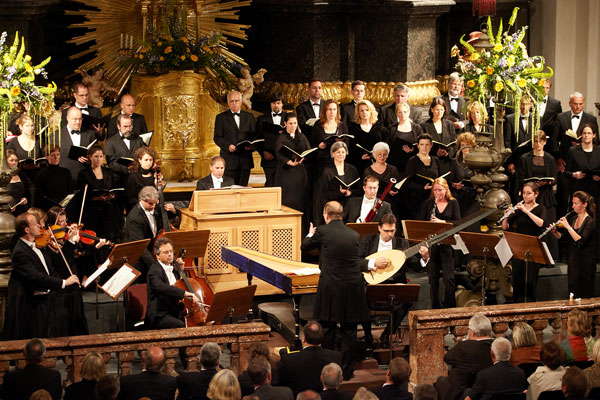 Karl Richter
(15 October 1926 – 15 February 1981) was a German conductor, choirmaster, organist, and harpsichordist. He was born in Plauen and studied first in Dresden, where he was a member of the Dresdner Kreuzchor and later in Leipzig, where he received his degree in 1949. He studied with Günther Ramin, Carl Straube and Rudolf Mauersberger. In the same year, he became organist at St. Thomas Church, Leipzig, where Johann Sebastian Bach was once Musical Director. In 1951 he moved to Munich, where he taught at the conservatory and was cantor and organist at St. Mark's Church. He also conducted the Münchener Bach-Chor starting in 1954 and the Münchener Bach-Orchester. In the 1960s and 1970s he recorded a lot and toured Japan, the United States, Canada, Latin America, Eastern Europe and the Soviet Union.
He played and conducted a wide range of music (sacred works from Heinrich Schütz to Max Reger, as well as the symphonic and concerto repertoire of the Classical and Romantic period even including Bruckner's symphonies), but is best remembered for his interpretations of Johann Sebastian Bach and Handel. Richter's performances were known for their soul-searching, intense and festive manner. He avoided the fluctuations in tempi that were then characteristic of the prevailing Romantic manner of conducting Bach, and devoted much attention to the woodwinds and to balance. His recordings from 1958-70 are notable for "discipline, rhythmic tautness and expressive intensity."
As well as a conductor, Richter is also remembered as an excellent organist. His performances of Bach's organ works are known for their imposing registrations and favorable pace.
In the 1970s, according to Nicholas Anderson, "with the growing interest in historically aware performance... Richter's values were questioned"; in 1981, "a victim of passing fashion and changing taste, he died an embittered man." While staying in a hotel in Munich in 1981 he suffered a fatal heart attack, and was buried in the Enzenbühl cemetery in Zurich eight days later.
Munich Bach Orchestra
"Heavyweight from Munich brings lightness into the play … With vitality, joy of playing, soloistic perfection and well-attuned to each other, there resounded a Bach … in a very unique interpretation …, which arrives in the present without an urge to modernize. Music full of temperament flows through the church." (Quedlinburger Musiksommer 2011)
After founding the Munich Bach Choir in 1954, Karl Richter also established the Munich Bach Orchestra and soon formed it into a leading international ensemble. The orchestra achieved its prominent reputation above all with its Bach interpretations during major concert tours from Paris and Moscow to Tokyo and New York.
This was complemented by numerous recordings (Deutsche Grammophon) as well as television and radio productions - some with the outstanding singers and instrumentalists of the 1960s and 1970s (including Dietrich Fischer-Dieskau, Fritz Wunderlich, Edith Mathis and Maurice André). During this time, the great works from Bach to Beethoven were recorded. Before the advent of historically informed performance practice, the Bach Orchestra was nearly unrivaled in its field.
Its guest conductors included major figures such as Leonard Bernstein and Bruno Weil as well as baroque specialist Peter Schreier. After Karl Richter and Hanns-Martin Schneidt, the young conductor, organist and harpsichordist Hansjörg Albrecht assumed leadership of the renowned Munich Bach Orchestra, which now continues its artistic activities with historically informed performance practice and creative revival of the great Munich Bach tradition.
In 2011, the Munich Bach Orchestra recorded Mahler's "Song of the Earth" ("Das Lied von der Erde") in a new version for chamber orchestra and four soloists. Recent concerts took the ensemble to the festivals "Europäische Wochen Passau", "Musikfestspiele Saar" and "Quedlinburger Musiksommer", to the Baden-Baden Festival Hall and several times to Italy. The orchestra has worked with such singers as Sibylla Rubens, Marlis Petersen, Simone Kermes and Klaus Florian Vogt as well as with instrumental soloists such as Vilde Frang, Alina Pogostkina, Mirijam Contzen and Adrian Brendel.
In 2014, the Bach Orchestra will follow an invitation for a concert tour through Japan. With the performance of the Brandenburg Concertos by Johann Sebastian Bach the orchestra will appear at, among others, Tokyo Opera City Concert Hall and Osaka Symphony Hall.