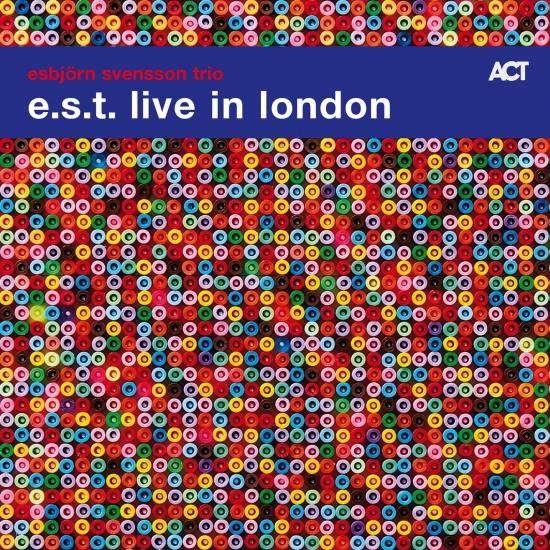 Info for Live in London

The release of this album marks a poignant moment: the tenth anniversary of the tragic and premature death of Esbjorn Svensson on 14 June 2008. It was recorded at a completely sold-out Barbican Centre in 2005, during a hugely successful and highly popular UK tour. It is e.s.t. at the peak of their creativity touring after the release of their to-date best selling album “Viaticum”.
During the last ten years after the end of e.s.t. there have been constant reminders of the indelible mark which the band has left on the international jazz scene. Indeed it is hard to imagine a whole generation of currently highly successful young bands all over the world, often attracting an audience of same age, without the deep and lasting influence of the sound and the aesthetic of e.s.t. It might sound like a cliché but it is evident that through his music, Esbjörn Svensson will stay with us forever.
The trio really was a phenomenon. Its scale, recognition and impact grew progressively and internationally during the seventeen years of its existence. British audiences, for example, took e.s.t to their hearts, and in a special way. Things began quietly when they first performed one night in the tiny Pizza Express Jazz Club in Dean Street in the late 1990’s, and their footprint in the UK just kept growing steadily from there, until they were packing out concert halls. It is part of a similar story in many European countries. They were not just met with massive success in Germany and France, they truly went Europe-wide. And they also reached out further: they were the first European band ever to appear on the cover of Downbeat in May 2006, the magazine’s seventy-third year. In 2006, one year after „Live in London“ was recorded, they played over 100 concerts in 24 countries and were heard by 200,000 people.
That unforgettable experience of e.s.t. playing live has been caught before on CD, notably in "Live in Hamburg", which was named the “Jazz album of the decade 2000–2010” by The Times, whose critic wrote: “In a decade when Scandinavia staked a claim as the home of progressive jazz, no one had more success than this piano trio.” Jamie Cullum described the appeal of their live concerts: „e.s.t. are a jazz trio, only I can take my non-jazz friends along to see them.”
This new release was recorded at a completely sold-out Barbican Centre in 2005, during a hugely successful and highly popular UK tour. It is e.s.t. at the peak of their creativity touring after the release of their to-date best selling album “Viaticum”. The organic and natural way in which the set evolves is remarkable, and there is plentiful evidence of what Canadian critic John Kelman has called their “unique simpatico.” For people who know and remember the band well, the absolute gem here is a serene, deliciously poised account of “Believe, Beleft, Below.”
The Independent’s critic Stuart Nicholson was clearly moved by the concert. Here we reproduce his thoughtful and vivid review:
The Esbjorn Svensson Trio, or EST as they like to be known these days, do to the jazz piano trio what James Joyce did to coming-of-age tales by cutting up the form and starting afresh. This acclaimed Swedish group have been a hit on the European scene for a while now. In 2000, the German news weekly Der Spiegel hailed Svensson as "the future of the jazz piano", and since then his trio have consolidated their position as one of the top bands on the circuit. They are currently more popular than most big American jazz names.
Attracting the kind of following EST enjoy prompts accusations - often well founded - of dumbing down. But Svensson is one of those rare musicians who dispenses the common touch without compromising his art. He avoids the usual jazz musician's stock-in-trade of cramming as many notes as he can into the square inch, instead favouring innovative silences and a darkly intense lyricism that allows his emotional honesty to show through.
Although he once dabbled among the magical spells of the pianist Keith Jarrett's Belonging period, the new spirit Svensson has come up with is shorn of Jarrett's angst and the feeling that a good thing has been taken to wearying extremes. Featured were several tunes from EST's current album, Viaticum (which went gold in France and platinum in Germany), including "Tide of Trepidation", "Eighty-eight Days In My Veins" and the title track.
The suave use of lighting underlined the shifting moods of EST's music while their careful use of dynamics, unusual in jazz, which usually opts for fast-equals-loud, slow-equals-soft, made Svensson's lyrical intensity stand out in sharp relief. Yet the non-conformist Dan Berglund likes Jimi Hendrix and Richie Blackmore (of Deep Purple) and is not afraid to use a wah-wah pedal or feedback with his acoustic bass ("Mingle In the Mincing Machine"), while the drummer Magnus Östrom dances around formal regularity with a variety of techniques, such as using his fingers on his snare to emulate pop's rhythm samples.
EST renew the notion that the cutting edge of jazz need not involve volatile experimentation. At the head of a sense-sharpening breeze of change currently blowing through European jazz, Svensson [..] gave further evidence that the best European jazz is no longer a pale imitation of what is happening in the United States. Indeed, here was evidence that Europe is now moving ahead in creativity and originality.
Esbjörn Svensson, piano
Dan Berglund, bass
Magnus Öström, drums

Booklet for Live in London