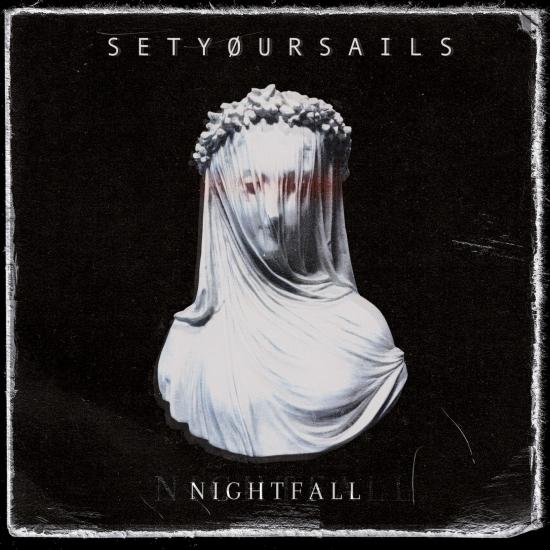 Young, enraged and wielding steadfast statements against racism, sexism and homophobia – SETYØURSAILS do not mince words in the least. The newcomers from Germany perform uncompromising yet melodic post hardcore spiced with standout metalcore elements, convincing both live and on record. The unit has already performed at well-known festivals (Reload Festival, Traffic Jam Open Air), converted fans alongside genre greats like Bullet for My Valentine, Hatebreed, Jinjer and Walls of Jericho with their unbeatable live energy, and their debut album, Enough (2018), has attracted the attention of noteworthy outlets like FUZE and MoreCore.
Now, the band is about to unleash their second album and Napalm Records debut, Nightfall, on January 21, 2022. In an instant, intro track "Ghosts" (featuring Annisokay frontman Rudi Schwarzer) quickly showcases the musical roads the band travels: buzzing guitar lines mix with near-electronic influences and form the imposing feedback of SETYØURSAILS, proving their musical diversity. A mixture of metal, death and classic hardcore elements runs through the entire disc, but always leaves room for surprises without losing their trademark.
A mixture of catchy choruses and intense breakdowns are also evident on brutally melodic "Why", the changing spectrum of "Deadline", and "Into the Storm", which starts with a crisp deathcore intro. Among others, the track "Nightfall" (featuring Andreas Doerner of metalcore veterans Caliban) shows the full straightforward range of Jules Mitch’s vocals, which oscillate between concise and clear, intense screams and expressive growling. "Mirror" begins atmospherically before bubbling up to an impressive journey through personal conflicts without losing its undeniably catchy quality. With tracks like "Secrets" and "Forgive Me" the band also presents its softer side. SETYØURSAILS are also full of surprises – together with Mike Perez from No Bragging Rights, they cover "Shallow” (from A Star Is Born) by Lady Gaga and Bradley Cooper and give the ballad their personal touch, once again proving their musical diversity.
“‘Mirror’ reflects an inner conflict with yourself. It describes the struggle to find meaning in life and how you fail in the end. It deals with the fear of death and that you can find no support for yourself in religious approaches. This is made clear especially by the line ‘all my gods are dead’ in the breakdown part. “It’s a very personally written, honest song that means a lot to us and we are very proud to finally be able to present it now. We really hope that some people can find themselves in it.” (SETYØURSAILS)
On a total of 13 tracks, SETYØURSAILS make one thing clear above all: they are more than ready to conquer the scene!
SETYØURSAILS 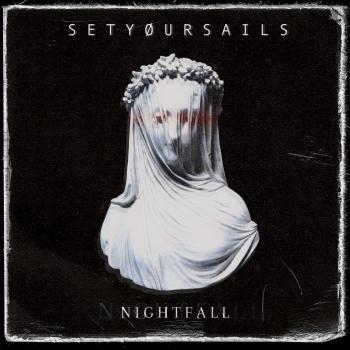 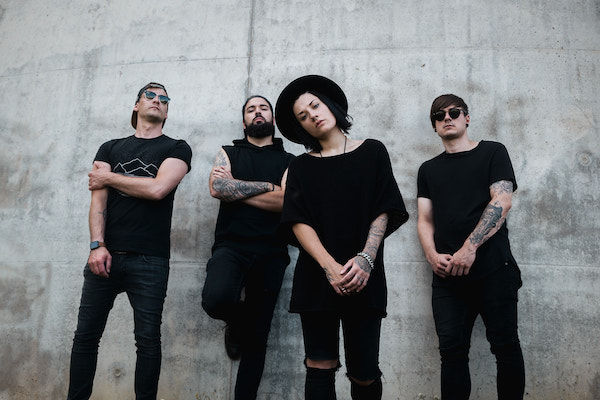 SETYØURSAILS
German melodic hardcore outfit SETYØURSAILS have signed an official contract with premier Austrian rock and metal label Napalm Records. In November 2018, the four-piece released their smashing debut album, Enough, instantly garnering attention from genre-relevant press outlets like FUZE Magazine, MoreCore and many more. In 2019, the band went on to prove themselves via their energetic live performances on the main stages of popular Reload Festival and Traffic Jam Open Air, sharing the stage with bands like Walls Of Jericho, Jinjer and Hatebreed. Fronted by powerful vocalist Jules Mitch, the band’s trademark sound floats between clean vocals, forceful shouts and truly catchy lyrics. SETYØURSAILS are just getting started – more to be announced soon…
SETYØURSAILS on the signing: “We couldn’t be happier to work with the amazing team from Napalm Records. This signing means a lot to us and we can’t wait to release new music with such a strong partner by our side. Since we’ve worked really hard to get to this point, it finally feels like it all paid off and our family just got bigger. Thanks to our entire management team and everyone who supported us. Rock’s not dead, metal’s not dead and never will be. Let’s do this!”