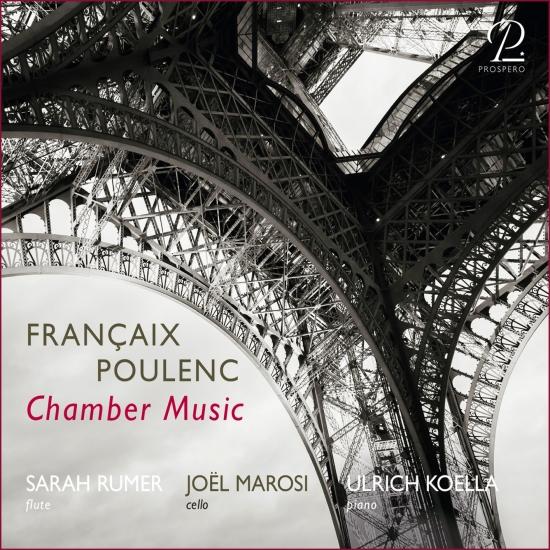 Ulrich Koella. Professor of chamber music at the Zurich University of the Arts, together with Sarah Rumer (principal flutist of the Orchestre de la Suisse Romande) and Joel Marosi (principal cellist of the Orchestre de Chambre de Lausanne), has made a recording of chamber music works by Jean Françaix and Francis Poulenc. Françaix is known to be a piano virtuoso, but he devoted his creative energy mainly to his compositional activity. His works are original, witty, rhythmically complex and the harmonies are relatively simple.
After the First World War, Francis Poulenc joined a group of young composers around Erik Satie and the writer Jean Cocteau, called Les Six, whose members rejected Impressionism in favour of greater simplicity and clarity. Some of the style of the Six found its way into Poulenc's own musical work. He adopted Dadaist techniques and was influenced by popular melodies. A charming vulgarity seemed more important to him than the supposedly deep feeling of romanticism. He was an outstanding pianist, and the influence of piano music is clearly audible in Poulenc's early works and also in the compositions recorded here. Common to all the works on the album is a joy of playing and unadulterated cheerfulness, which makes one think of carefree summer stays in Brittany or Normandy. In short: the perfect soundtrack for the holidays, not only for the holidays of M. Hulot...
Joël Marosi, cello
Sarah Rumer, flute
Ulrich Koella, piano 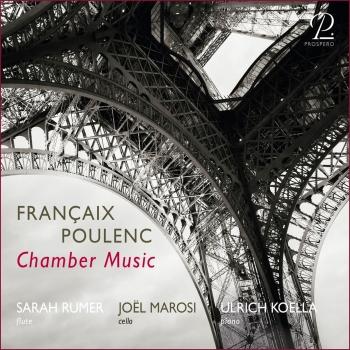 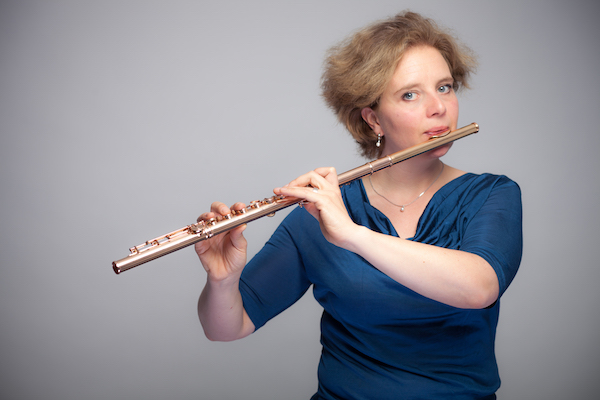 Sarah Rumer
studied in Zurich at the side of Félix Derigo and Günter Rumpel, and afterwards in Vienna with Dieter Fluty. Since then she has had commitments with the Orchestrakademia of the Zurich Opera in Graz and Salzburg. From 2004, she has also been the Solo Flautist at the Orchestra de la Suisse Romande in Geneva.
At the same time, among other things, she performs with the Symphony Orchestras of the Berlin and Frankfurt Radios, the Vienna Philharmonic and the Tonhalle of Zurich.
Sarah Rumer has won Swiss competitions and grants, and received prizes in various international competitions such as Odense (Carl Neilson) in Marknekirchen, Germany and Kobe (Japan) where she received a special prize for Mozart interpretations.
Notably, as a soloist she has played with the Tokyo Ensemble, the Schweizer Kammerorchester and the Orchestre de la Suisse Romande. As a chamber player she has performed with many groups ranging from duo to dixtuor. Sarah Rumer has been teaching at The Lucerne High School since 2011.