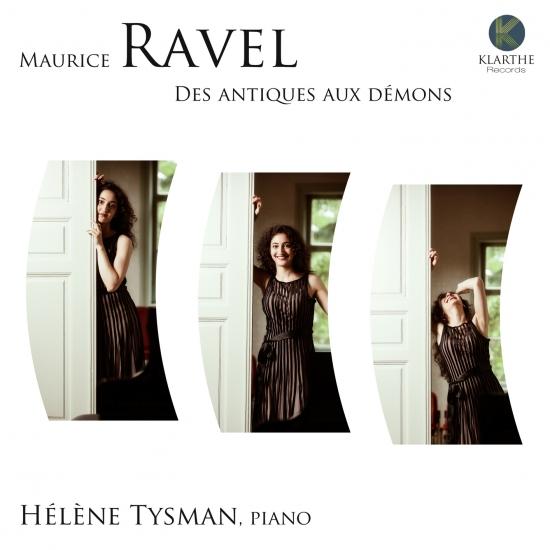 It was between 1900 and 1930 that Ravel composed these works; from the Menuet Antique right up to La Valse, Europe, and indeed the world, are full of frenzy, acceleration, fury and finally explosion. Did this monstrous machine ever stop? It was at the end of 2015, that Hélène Tysman recorded this disc, and two phrases in particular which inspired her for this programme still resonate: the quotation of Henri de Régnier, highlighting the Valses Nobles et sentimentales, who talks of "the delicious and ongoing pleasure of a useless occupation", and the exchanges between two aristocrats, present at a soirée preceding the 1830 revolution, who observe; "we are dancing on a volcano", a phrase which would inspire Jean Renoir for La règle du jeu in 1939.
Hélène Tysman, piano 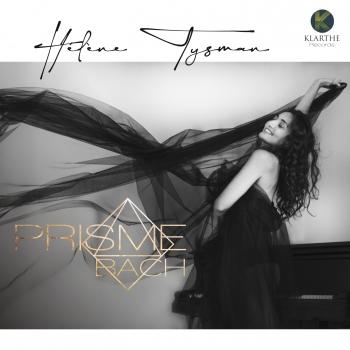 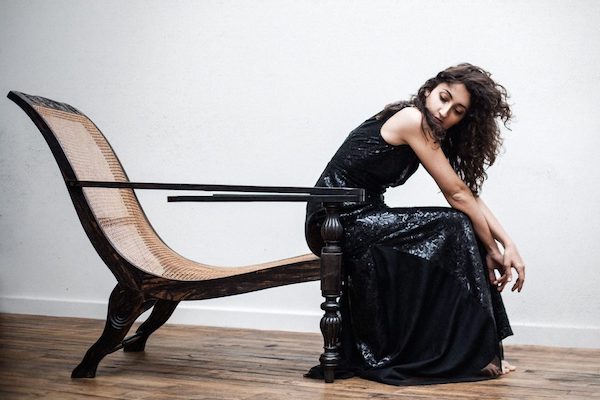 Hélène Tysman
Hailed by The New York Times as a pianist of “warm touch and dreamy sensibility”, praised by The Daily Telegraph as "poetic" and qualified by the Süddeutsche Zeitung as a “pianistic cosmos”, Hélène Tysman’s recitals make a deep impression on her audience and professionals who describe it as “dazzling” (BBC News Magazine), "mixing excitement with eloquence" (Gramophone Chopin Express), “of rare fineness and intensity” (Télérama) and “extraordinary interpretation” (Le Figaro).
In 2010, after winning the First Prize of Darmstadt International Chopin Competition (Germany) as well as being Prizewinner of many international piano competitions in China, United-States, England and Germany, she first broke out onto the international music scene as a finalist and Distinction Prize Winner of the prestigious International Chopin Piano Competition in Warsaw.
Her Chopin renditions have been acclaimed by critics and audiences all over the world and have led to releases of two all-Chopin recordings for OehmsClassics/Naxos which won the « Maestro » Award of the french magazine Pianiste. She also recorded two chamber music Cds for the French label Indésens Records with the soloists of Orchestre de Paris.
Invited by the Deutschlandradio Kultur Berlin to record a new release, she signs a Ravel program called “From Antics to demons” for Klarthe/Harmoni Mundi which received the French Arthèmes Classiques Award and was described by the press and the radio this way : “the exquisite sensitiveness of the pianist as well as her extreme precision inhabits the CD end to end”, “Nothing is conspicuous and yet all is here”, “a great artist and a great CD”…
Since a few years, she has extended her artistic horizons with original collaborations with literature and theater including celebrated French actors such as Francis Huster, Michel Robin, Jacques Gamblin, Dominique Pinon and multi-disciplinary artist Yanowski.
Graduated from Paris Conservatory as well as Hamburg and Weimar Hochschule, she has studied with Pierre-Laurent Aimard, Oleg Maisenberg and Grigory Gruzman.
Internationally performing (Asia, South of America, United-States, Canada, Russia, North Africa, Middle east, Europe), she is regularly invited at various radio and TV programs and has performed in recital as well as a soloist with orchestras among which the Riverside symphony orchestra, Minnesota symphony orchestra, BBC national orchestra of Wales, Warsaw philharmonic orchestra, Pasdeloup orchestra, on the most worldwide renowned scenes such as New York Lincoln Center and Carnegie Hall, Paris Philharmonie Hall, Frankfurt Alte Oper, Hamburg laeiszhalle, Shanghai City Theater, Cairo Opera...
On next December she will be touring in Poland (Katowice, Wroclaw, Opole, Glogowek) with Ravel and Rachmaninoff concertos (conductors Marzena Diakun and Daniel Raiskin).
Hélène Tysman is a laureate of the Georges Cziffra Foundation in Senlis (France) as well as the Chopin Foundation in Hanover and is recipient of the prestigious Anna-Maria Moggio Foundation for the Arts and the Myra Hess concerts series in USA. She is a Steinway Spirio recording artist.