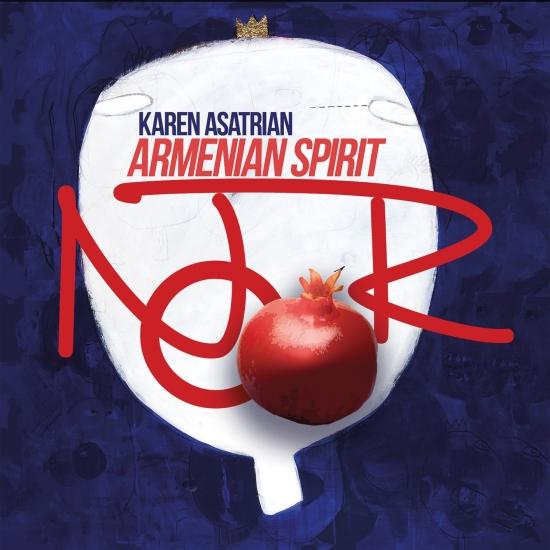 Happiness, empathy, grief and longing are the driving force behind the "Armenian Spirit" Band. Souls were never more akin than in this melancholic yet joyful music.
"We Armenians are scattered around the world. Actually, we are at home everywhere", says Karen Asatrian. "Through my music, I want to pass on the joy and energy of life reflected in Armenian culture.”
Asatrian has already impressed many audiences with his compositions, all of which derive from the creative synthesis of contemporary jazz and the rich repertoire of Armenian folk music. Asatrian's contemporary arrangements are a jazzy exploration between Oriental and Western harmonies. Members of "Armenian Spirit" are mostly Austrian based, but hail from Armenia, Iraq, Croatia as well as Austria. Vocals are executed with a powerfully expressive groovy rhythm performed by Armenian singer Rita Movsesian. In October 2018, Karen Asatrian will present "Armenian Spirit's" third album. The Album carries the Armenian subtitle "Noor" - which means "Pomegranate" and is a powerful symbol of life, fertility and productivity in Armenian Mythology. Beside Asatrian as Composer, Pianist and Singer, the powerful and expressive voice of Rita Movsesian is to be heard - she, too, is at home in both oriental and western scales. Guitarist and Oud player, Juan Carlos Sungurlian, who has been enriching the lively Graz jazz scene for decades, will also be featured. Emmanuel Hovhannisyan's Duduk (apricot wood flute) adds the special characteristic Armenian tone to the Album, which is decisively influenced by none other than Wolfgang Puschnig, a longtime companion of Asatrian and one of the stars of the international and Austrian Jazz scenes. Reinhardt Winkler on Drums and Ante Jurinovic on Bass add the heartwarming drive to the arrangements. Both musicians are also held in high esteem within professional music circles.
At least once a year Asatrian faces Mount Ararat to refuel his passion and inspiration that he now expresses through his new Album "Noor" and will present live in concert soon.
Karen Asatrian, piano
Rita Movsesian, vocals
Wolfgang Puschnig, alto saxophone, flute
Emmanuel Hovhannisyan, duduk, zurna
Juan Carlos Sungurlian, oud, bouzouki
Ante Jurinovic, bass
Reinhardt Winkler, drums 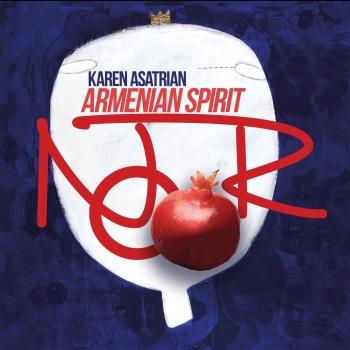 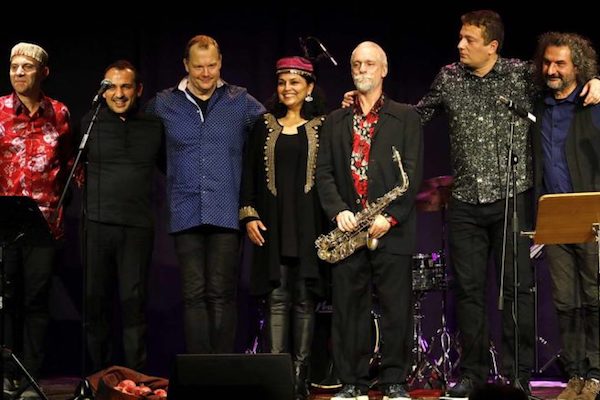 Karen Asatrian
Born in 1972 in Yerevan, Armenia; Karen Asatrian initially completed his study in classical violin and piano at the Tchaikovsky Music School in Yerevan. He then continued his study of both instruments as well as in composition at the Tchaikovsky Conservatory of Moscow and at the Komitas Conservatory of Yerevan. In 1995, he moved to Carinthia, Austria, where he finalized his jazz-piano studies in Klagenfurt under the direction of Dr. Prof. Harry Neuwirth, with distinction. In 2001, Karen successfully graduated earning a Bachelor of Fine Arts in Instrumental (Vocal) Pedagogy Studies receiving the state teaching certification for jazz-piano.
Karen has been very actively involved in several projects throughout his musical career, beginning with the founding of the group BRAHMS PROJECT, a jazz-trio in combination with a chamber orchestra. His compositions have been performed with the CARINTHIAN MADRIGAL CHOIR. He has also collaborated with the BRUCKNER SYMPHONY ORCHESTRA, as well as worked with the WIENER BURGTHEATER. These and other musical projects have led Karen to perform at the »Three Nights of jazz« concerts in Saalfelden, jazz Fest Wien, Wiesen and the Sziget in Budapest, to name a few. They have also led to invitations to work with the JOHANNES BRAHMS SOCIETY where Karen presented his own rearrangements of a variety of J. Brahms compositions. This was followed by numerous studio productions and performances on stage, radio and television with various jazz groups in Austria, Italy, Germany, the Netherlands, Slovenia and Armenia a.m.m.
In 2007, Asatrian was awarded the ARMENIAN MUSIC AWARD in the category of Best Jazz Album for his CD PATHWAY. In addition to his activities and performances as an artist, Karen Asatrian is a respected jazzpiano Professor at the Carinthian State Conservatory as well as at the University of Music and Performing Arts in Vienna. He also shares his knowledge and passion for music in various workshops around Austria and abroad.