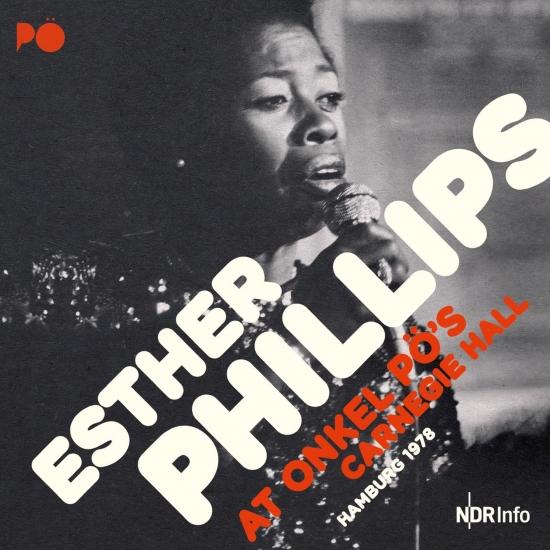 Jazz/pop vocalist Esther Phillips is joined here by Henry Cain, Wes Blackman, Bill Upchurch, and James Levi for a set that includes 'Stormy Weather" and "What A Difference A Day Makes".
"The voice of this singer seemed to originate in another world. Perhaps it was at home in some wild jungle ... Esther Phillips went stalking in it with her recorder and collected sounds. Every one of them she also tried out herself -- the growling and purring of large and small wildcats, the buzzing and chirping and screeching of numerous birds high up in the treetops, the dark and pulsating breath of a predatory animal behind the next turn of the road. However, this jungle was in fact a metropolis, New York for example -- and therefore this spectacularly exceptional singer introduced herself as a 'native New Yorker' on 11 November 1978 at a magical concert at Onkel Pö's Carnegie Hall in Hamburg, the legendary hot spot, which once again turned into a seething cauldron of emotions. Back in those days this was almost always the case, when the dense concert schedule invoked the abysses and primal grounds of blues . . . She was rediscovered in the disco-sound era: with 'What A Difference A Day Makes', a song which had previously been an inherent part of the repertoire of Dinah Washington, an artist much admired by Esther. Of course, the song was also performed in Hamburg at Onkel Pö, just before the end of the concert. The time to look back and recall had by then already started long ago -- Esther Phillips once again returned to the world of soul, blues and pop. It was certainly obvious to a jazz audience how intensively everything was connected and entwined in the power of this voice, to which nothing seemed impossible. Esther Phillips had survived in the jungle of the metropolis. The concert at Onkel Pö, which was recorded by NDR and featured powerful accompanists and a highly enthusiastic audience proved, that she was still able to evocate the ghosts. Once again she managed to completely enchant her audience that evening in Hamburg in November of 1978. Some weeks later Esther Phillips turned 43. However, time was running out for her -- she did not make it to 50. She passed away on 7 August 1984." (Michael Laages)
Esther Phillips, vocals
Henry Cain, piano
Wes Blackman, guitar
Bill Upchurch, double bass
James Levi, drums
Recorded November 11, 1978 at Onkel Pö's Carnegie Hall, Hamburg, Germany
Digitally remastered 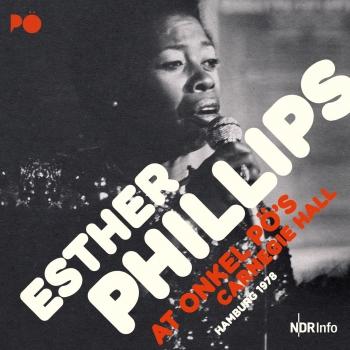 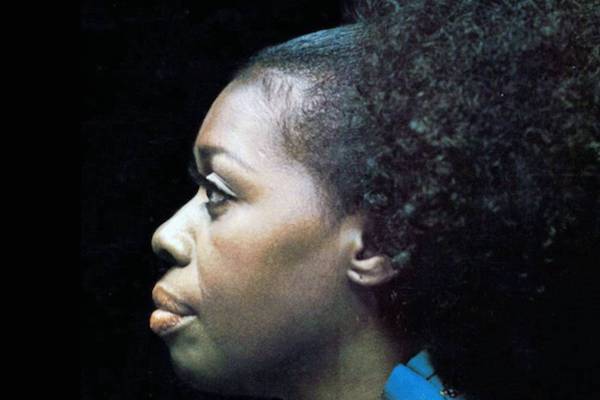