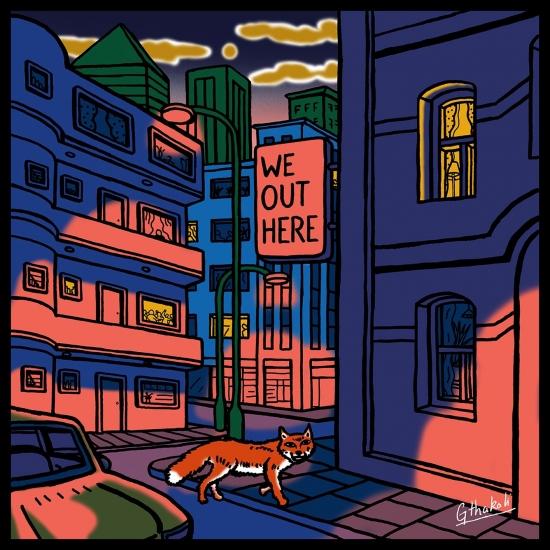 Info for We out Here

A primer on London’s bright-burning young jazz scene, this new compilation brings together a collection of some of its sharpest talents. A set of nine newly-recorded tracks, We Out Here captures a moment where genre markers matter less than raw, focused energy. Surveying the album’s running order, it could easily serve as a name-checking exercise for some of London’s most-tipped and hardworking bands of the past couple of years. Recorded across three long, fruitful days in a North West London studio, the results speak for themselves: they’re a window into the wide-eyed future of London’s musical underground.
The album bottles up some of the vital ideas emanating from that burgeoning movement. A reflection of how London’s jazz-influenced music has reached outward into new spaces, the sound of the record draws from a wide pool. There’s plenty of crossover between each of the groups, too, speaking to the close-knit circles which make up the scene; shared line-ups reflect the mutual cooperation and DIY spirit which are second-nature.
Ubiquitous, much-lauded saxophonist Shabaka Hutchings is the project’s musical director. His own recent projects span from South Africa-connected, spiritually-minded jazz players Shabaka and the Ancestors to Sons of Kemet, who match diasporically-connected compositions with viscerally-direct live shows. His input ties together a deft, genre-agnostic sensibility that’s shared through all the players on the record.
Nodding to spiritual jazz influences, Maisha’s ‘Inside The Acorn’ is a wandering, explorative rumination, balancing delicate washes of piano and percussion with sharp interplay between flute and bass clarinet. Ezra Collective – whose drummer and bandleader Femi Koleoso has toured with Pharaohe Monch – run a tight, Afrobeat-tipped rhythm on ‘Pure Shade’, with the final third changing gear into a melodic, momentous closing stretch.
On Moses Boyd’s ‘The Balance’, the drummer – who co-produced Zara McFarlane’s recent, critically-lauded album, as well as touring with the likes of Sampha – builds a steadily-paced, atmospheric creation, loosening up the rhythm and intensity as it progresses. Theon Cross – who’s part of Hutchings’ Sons of Kemet – starts his track, ‘Brockley’, with the solo, distinctive low rumble of his tuba. Winding and mesmeric, it sees tuba and sax lines winding together in rhythmic and melodic parallels.
Showing a similarly controlled approach, Nubya Garcia’s ‘Once’ is taut and carefully-poised, her tenor sax guiding a carefully-built energy to an explosive conclusion. Shabaka Hutchings’ ‘Black Skin, Black Masks’ is typically difficult-to-define: with an off-kilter, shifting rhythmic backbone, repeated phrases – mirrored between clarinet and bass clarinet – shape the track with an alluring hue.
Triforce’s ‘Walls’ is a performance in two parts: starting with Mansur Brown’s languorous, lyrical guitar, the second half switches up to a low-slung, g-funk-tipped groove. Joe Armon-Jones, whose ludicrous chops on the piano have seen him touring with the likes of Ata Kak, showcases earworm-like, insistent motifs on ‘Go See’, balanced with a playful, improvisatory approach with room for ad-libbing and solos a-plenty. Finally, taking a softer tact than many of the other entries, Kokoroko – whose guitarist Oscar Jerome has been making waves with his solo material – spin a lyrical, steady-paced meditation on ‘Abusey Junction’, matching chanted vocals with gently-played guitar. 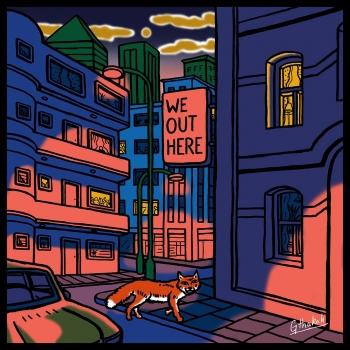