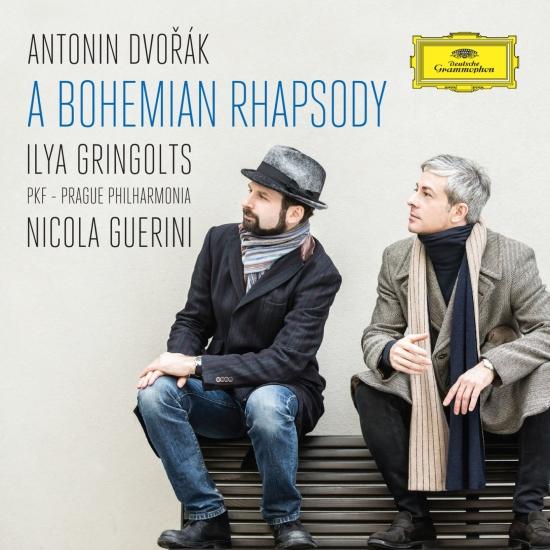 Info for Dvořák: A Bohemian Rhapsody

Despite his youth, Ilya Gringolts can already look back on sixteen extraordinarily successful years in his violinist career. His inquisitiveness regarding new musical challenges has shown him to be an outstanding musical personality.
Ilya Gringolts, violin
Prague Philharmonia
Nicola Guerini, conductor 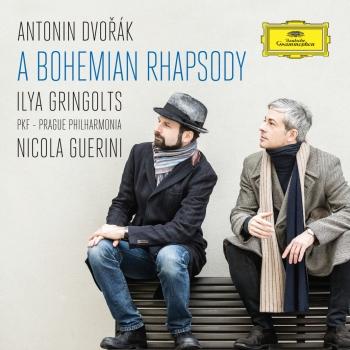 Ilya Gringolts
Despite his youth, Ilya Gringolts can already look back on sixteen extraordinarily successful years in his violinist career. His inquisitiveness regarding new musical challenges has shown him to be an outstanding musical personality.
After studying violin and composition in Saint Petersburg with Tatiana Liberova and Jeanna Metallidi, he attended the Juilliard School of Music where he studied with Itzhak Perlman. In 1998 he won the International Violin Competition Premio Paganini, as the youngest first prize winner in the history of the competition. As a soloist he devotes himself particularly to contemporary and seldom played works. He has premiered compositions by Peter Maxwell Davies, Augusta Read Thomas, Christophe Bertrand and Michael Jarrell. In addition, he is interested in historical performance practice. At the Verbier Festival in summer 2010, he played the complete cycle of the Bach Sonatas on a baroque violin, accompanied by Masaaki Suzuki. He is also first violinist of the Gringolts Quartet, which he founded in 2008.
In the 2014/15 season Ilya Gringolts will again perform at prestigious concert halls such as Musikverein in Vienna, Concertgebouw in Amsterdam and Wigmore Hall in London. As a soloist he has been invited to perform with the orchestra of the Teatro Comunale di Bologna, City of Birmingham Symphony Orchestra, Copenhagen Philharmonic, Adelaide Symphony and Auckland Philharmonic Orchestra, with whom he will also record the violin concerto of the New Zealander composer Ross Harris.
In the past years, Ilya Gringolts has performed with leading orchestras around the world, such as the Chicago Symphony, London Philharmonic, Saint Petersburg Philharmonic, Los Angeles Philharmonic, Melbourne Symphony, NHK Symphony, Mahler Chamber Orchestra, Royal Liverpool Philharmonic, Birmingham Symphony, Deutsches Symphonie-Orchester Berlin, BBC Symphony, Sao Paulo Orchestra, Israel Philharmonic, Hallé Orchestra and both orchestras of SWR. Highlights of the 2013/14 season included projects with the Singapore Symphony, Bamberg Symphony, Warszaw Philharmonic, BBC Scottish Symphony, Taipei Symphony and Columbus Symphony Orchestras.
Ilya Gringolts can be just as frequently heard in recital programmes. He is a regular guest at the festivals in Lucerne, Kuhmo, Colmar and Bucharest (Enescu Festival), as well as at the Serate Musicali in Milan and Saint Petersburg Philharmonic. For his chamber music projects, he collaborates with artists such as Yuri Bashmet, Lynn Harrell, Diemut Poppen, Nicolas Angelich, Itamar Golan, Peter Laul, Nicholas Hodges and Jörg Widmann.
After numerous critically praised recordings for Deutsche Grammophon, BIS and Hyperion, Ilya Gringolts has with three recent releases on the Onyx label, devoted himself to the music of Robert Schumann: the violin sonatas 1-3 with Peter Laul (2010), the piano trios, played with Dmitry Kouzov and Peter Laul (2011), and the string quartets and piano quintet with the Gringolts Quartet and Peter Laul (2011). Last year his recording of the 24 caprices for solo violin by Paganini on Orchid Classics (2013) received many outstanding reviews, including in The Strad and Gramophone. In 2006, the CD Taneyev – Chamber Music together with Mikhail Pletnev, Vadim Repin, Nobuko Imai and Lynn Harrell received a Gramophone Award.
Apart from his position as violin professor at the Zurich Academy of the Arts, he is also a Violin International Fellow at the Royal Scottish Academy of Music and Drama in Glasgow. Ilya Gringolts plays a 1718-1720 Stradivarius, which was made available to him by a private collection.
Nicola Guerini
was born in Verona. He studied Piano, Organ and Organ Composition, Conducting and Composition at the Conservatory C.Pollini, Padua and at the Conservatory G.Verdi, Milan; he then perfected his studies at the Accademia Chigiana, at the Mozarteum Salzburg, at the Accademia Pescarese with Donato Renzetti. In 2010 he achieved a Master of Arts in Music Conducting at Lugano Musikhochschule (Switzerland) with Giorgio Bernasconi and Arturo Tamayo. His début was at 24 as composer and conductor for the Fondazione Arena, Verona. He was assistant to Ralf Weikart, Giorgio Bernasconi and Donato Renzetti in Italy and international productions at Teatro alla Scala, Teatro dell’Opera Roma and Lyric Opera Chicago. He has taken part in festivals and prestigious concert seasons with important orchestras including the Orchestra Sinfonica di Roma, the Rousse Philharmonic Orchestra, the Targu Mures Philarmonia, the HRT Zagreb Orchestra, the Divertimento Ensemble, the Mozart Chamber Orchestra, the Ensemble ‘900 di Lugano, the ICARUS Ensemble, the Targu Mures Philarmonia Orchestra, the Sofia Philarmonie, the Berliner Symphoniker and the PKF Prague Philarmonia.
He is President of the "Peter Maag" Music Fund and artistic director of the lyric opera laboratory “La Bottega”, which revives Maag’s well-known workshop for young talents. He has founded Maria Callas International Competition and Maria Callas International Festival.