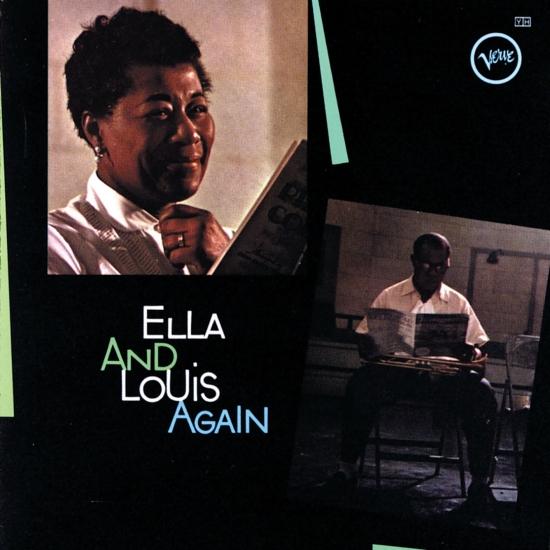 Recorded in 1957, „Ella And Louis Again“ re-teams Ella Fitzgerald and Louis Armstrong after the success of their first album and a popular series of concerts at the Hollywood Bowl the previous year. This is not a mere retread, however, and if anything, „Ella And Louis Again“ is the stronger of the two records. Fitzgerald shines particularly brightly, singing with sassy confidence throughout, as if goosed by Pops' infectious good humor. A warmly teasing "Don't Be That Way" opens the record, and the warmhearted joy of that song continues throughout the other 11 tracks. The backing quartet, led by the great Oscar Peterson on piano and featuring guitarist Herb Ellis, bassist Ray Brown, and drummer Louis Bellson, is up to the challenge of playing with these two magnificent singers.
"There isn't much one can say about an album whose title is Ella And Louis Again. The 'again' obviously means they've already done one album together and beyond that, what can you say about two people like Ella and Louis? I doubt that there's anyone today who loves music, who doesn't know Ella Fitzgerald and Louis Armstrong. About all that can be pointed out, I suppose, is that we've again selected some of the best product of some of the best songwriters of our age. The backing, with the Oscar Peterson Trio and Louis Bellson substituting for Buddy Rich, remains, as in the first album, quiet, discreet, swinging." (Norman Granz, from the original liner notes of Ella and Louis Again)
Louis Armstrong, vocals, trumpet (on tracks 5, 7, 9, 13, 17 and 19)
Ella Fitzgerald, vocals
Herb Ellis, guitar
Oscar Peterson, piano
Ray Brown, double bass
Louie Bellson, drums
Buddy Rick, drums
Recorded July 23, July 31 and August 13, 1957 at Capital Studios, Radio Recorders in Los Angeles
Engineered by Val Valentin
Produced by Norman Granz, Bryan Koniarz
Digitally remastered 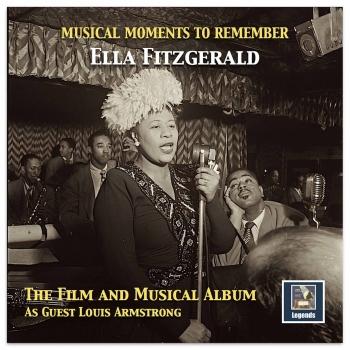 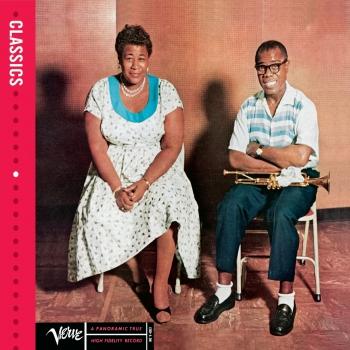 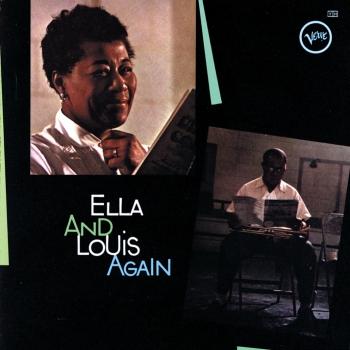 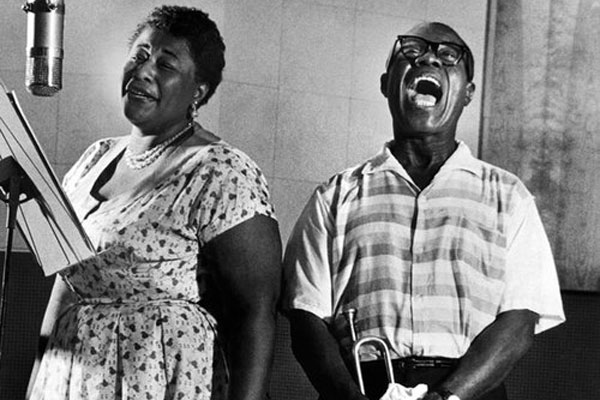