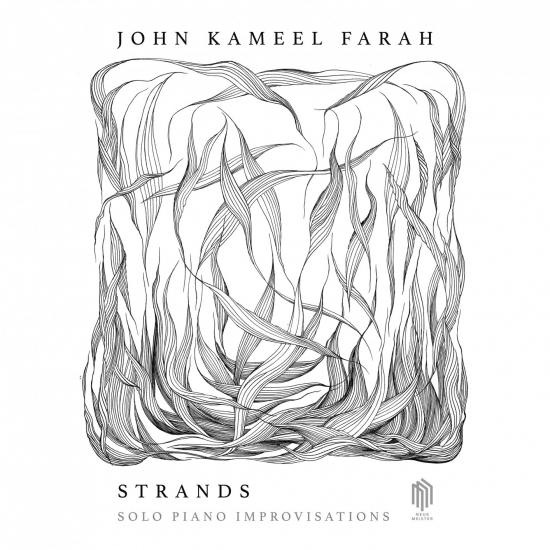 Intuitive, creative and playful - Canadian composer, pianist and producer John Kameel Farah dedicates his new album "Strands" to the art of improvisation. Without a specific plan, style or genre. Creativity in its purest form.
While in his previous works he creates dense sounds through the simultaneous use of piano, synthesizer, computer and sometimes harpsichord, he now devotes himself to the piano as a solo instrument. His first foretaste of the album is his single "Brooding".
Canadian composer, pianist and visual artist John Kameel Farah's second release on the Neue Meister label, "Strands" shows his more intuitive improvisation side. "Since my other albums are very meticulously composed, I thought it would be good to capture my improvisation side as well, since I've had a life as an improviser, but haven't officially released any improvisation recordings to date", says John. There was no plan, no style or genre in mind; Kameel Farah allowed his creativity and playfulness free reign.
"I went to the piano shop 'Klavieretage' to record the piano part for Steve Reich's 'Six Pianos' for Gregor Schwellenbach, and Carsten Schulz, the owner, gave me a whole day to record on a Feurich upright piano. After I finished the 'Six Pianos', I realized I had a couple of hours left, so I decided to record some piano improvisations just for myself", he explains.
Simultaneously using piano, synthesizer, computer, and at times harpsichord and organ, John Kameel Farah's solo performances exist between the worlds of the concert hall and the electronic producer, mixing forays into experimental improvisation, jazz, electro–acoustics, middle-eastern modes and rhythms with electronic genres such as Techno and Drum & Bass.
John Kameel Farah, piano 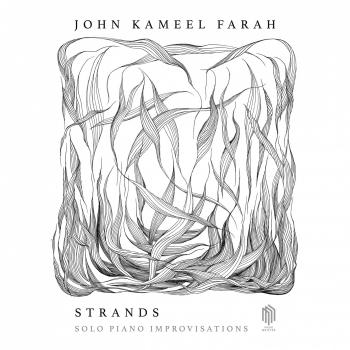 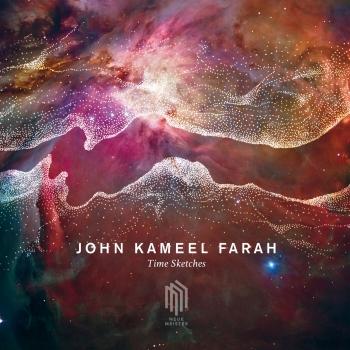 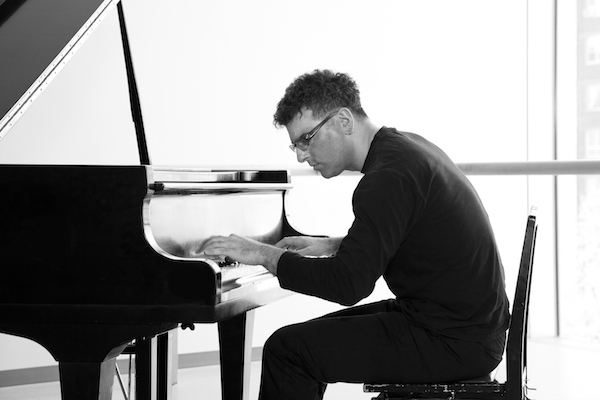 John Kameel Farah
is a composer, pianist and visual artist based between Toronto and Berlin. He studied composition and piano performance at the University of Toronto, where he received the Glenn Gould Composition Award twice during his studies. In 1999 he had private lessons with Terry Riley in California, and later at the Arabic Music Retreat in Hartford.
Farah now focuses primarily on his own creative hybrid of improvisation, composition and electronic music. Simultaneously using piano, synthesizer, computer, and at times harpsichord and organ, his solo performances exist between the worlds of the concert pianist and the electronic producer, combining elements of free improvisation, jazz, electro–acoustics, middle-eastern modes and rhythms and ambient minimalism.
Farah’s music draws upon an interest in astronomy, history, mythology and painting. As a visual artist, his intricate ink drawings have been presented at solo and group exhibitions. He has composed extensively for solo piano, as well as for string quartet, percussion groups and chamber ensembles.
Farah performs regularly in both Toronto and Berlin, and has toured internationally across the U.K., Europe, USA, Canada, the Middle–East, Brazil, South Korea and Mexico. In 1999 and 2002, he visited the Edward Said National Conservatory, giving performances and masterclasses in the West Bank. In 1998, he performed the complete solo piano works of Arnold Schoenberg in Toronto, and more recently, the first book of Bach’s “Well-Tempered Clavier” in Berlin. In 2006 Toronto’s NOW Magazine named him ‘Best Pianist’ and in 2011 he received the K.M. Hunter Artist Award for Music from the Ontario Arts Council. In 2016 he received a Dora Mavor Moore Award from the Toronto Alliance for the Performing Arts for his work with Peggy Baker Dance Projects.
His first album, “Creation” was a compilation of electronic tracks connected by piano and harpsichord interludes. His second album, “Unfolding” (Dross:tik Records 2009), a 2011 piano-duo album with pianist Attila Fias, followed by “Between Carthage and Rome” released in 2015. He is a member of the Canadian Electronic Ensemble, as well as pianist-composer for Peggy Baker Dance Projects, and was the Electronic-Composer-in-Residence for Soundstreams Canada for 2013. His newest release, “Time Sketches”, is now released on the German label Neue Meister/Edel Kultur.