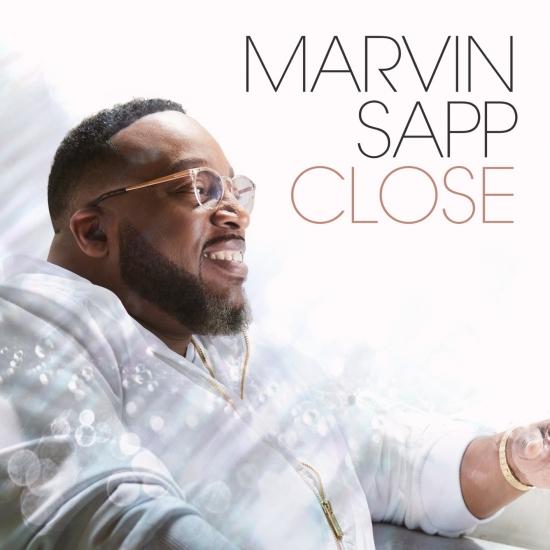 Bishop Marvin Sapp is an American Gospel music singer-songwriter who began his career with the group Commissioned during the 1990’s before beginning a record-breaking solo career. His albums Thirsty & Here I Am would propel Sapp to become the all-time highest charting gospel artist in Billboard’s history of tracking album sales by 2010.
They say time heals all wounds but the cold hard truth is that there are no guarantees. When you’ve lost someone you love there’s no rainbow that suddenly appears over the horizon. The pain that engulfs you is like a roaring river — if you step too close to the edge it will sweep you off your feet and pull you downstream. But for 10-time Grammy Award nominee and celebrated pastor Marvin Sapp being dragged to the depths of his grief and drowning was never an option. Following the loss of his beloved wife of 20 years to cancer, preceded by the untimely deaths of his father and two best friends, Sapp still had three children to raise, an influential church to run and a thriving musical career to maintain. Despite enormous sadness he knew God would not want him to forsake his path. And so he poured his swirling emotions into his craft, crediting the cathartic creative process with the release of his stunning revelatory decree You Shall Live.
Marvin Sapp returns with the new single “Close” from his forthcoming 11th solo album. Now at the age of 50, Marvin finds himself at a crossroads in life with a fresh perspective. As a widowed father of three & officially an “empty-nester,” Marvin pens each song as a love letter to his Creator. “I must be close, to my destiny; extremely close to my victory” he sings, both inquisitively and yet still with the full forced faith only Bishop Sapp can deliver. Featuring collaborations with Kirk Franklin & Sapp’s long-time collaborator Aaron Lindsey (Thirsty/Here I Am), Close will be available everywhere September 29th, 2017.
Bishop Sapp, vocals 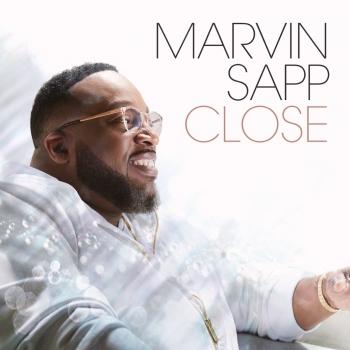 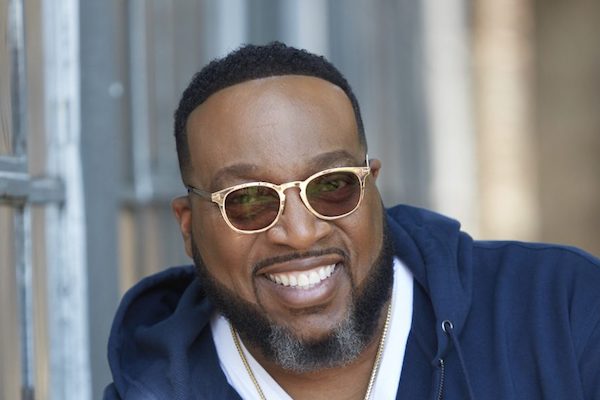 Bishop Sapp
is a passionate orator and biblical teacher, who desires to be a living epistle glorifying our Lord and Savior Jesus Christ both in word and in deed who serves as the senior pastor of Lighthouse Full Life Center Church as well as Bishop over Global United Fellowship North Central Providence. Many say his voice is instantly recognizable with a characteristically raspy ringing with power and authority as he masterfully illustrates with excellence the Word of God. Not only is his delivery exemplary, but his knowledge of the historical text brings to life the message of hope and healing.
Singing since age four he has shared the stage with many gospel notables and his gift is celebrated across musical genres. He began singing with the gospel group Commissioned in 1990. In 1996, God led him to go solo. He released his first CD “Marvin Sapp”, then Grace and Mercy”, then his CDs were as follows: “Nothing Else Matters”, “I Believe”, “Diary Of A Psalmist”, “Be Exalted”, “Thirsty”, “Here I Am”, “I Win” and in 2013 he released his Christmas Card CD that featured his three children. The backdrop for the CD “I Win” came from him mitigating the pain of the loss of his wife through conversations with God. The title “Here I Am” for gospel star Marvin Sapp is more than a little ironic when one considers that, “Never Would Have Made It” from his 2007 release “Thirsty” has been among the most ubiquitous gospel and R&B songs. According to Billboard, Marvin Sapp single “Best In Me” matched the 2008 peak of his seminal “Never Would Have Made It.” The mega-selling “Never Would Have Made It” held the #1 slot on Gospel and R&B radio for over a full year; topped the Urban AC chart (the first to do so since Yolanda Adams’ “Open My Heart”) and has the top selling ringtone and ring back (2 million sales), and propelled “Thirsty” to the top of the gospel charts for 28 weeks. But for the 10-time Grammy Award nominee and celebrated pastor, Marvin Sapp, being dragged to the depths of his grief and drowning was never an option. Following the loss of his beloved wife of 18 years to cancer, preceded by the untimely deaths of his biological father, spiritual father, and musical mentor; Sapp still had three children (Marvin II, MiKaila, and Madisson) to raise, an influential church to run, entrepreneurial ventures and a thriving musical career to maintain. He poured his swirling emotions into his craft, crediting the cathartic creative process with the release of his stunning revelatory decree You Shall Live. You Shall Live, featuring the hit radio single Yes You Can, was released on June 2, 2015.
He has enjoyed a decorated music career receiving 10 Grammy nominations, 22 Stellar Awards, 2 Soul Train Music Awards, 2 BET Awards, 2 Dove Awards, and 8 BMI songwriter’s awards for sales along with many other accolades and honors from national, regional, and local institutions.
Bishop Sapp has been honored and recognized for his professional and philanthropic efforts in his home city, Grand Rapids, Michigan. He received the city’s highest African American honor, a Giants Award, as well as the Frederick Douglas Award from the National Association of Negro and Professional Women’s Club. He is an established author of six books and the sixth one is titled “Selfless” which was released September 2014. In this book, he discusses what it means to live selflessly with your partner along with practical ways of doing so. In summer of 2015, he will release his seventh book entitled “#The Boaz Project”. He is also an entrepreneur illustrating success in various areas of business.
Bishop Sapp is also the President/Founder of Grand Rapids Ellington Academy of Arts and Technology (GREAAT). The first performing arts and technology charter school in West Michigan (Pre-K to 12th grade), which began in the fall of 2012 enrolling 6th – 8th grade students. GREAAT is now Pre-K to 10th grade consisting of over 500 students. GREAAT strives to cultivate academic excellence in children by inspiring their minds and imagination through the arts.