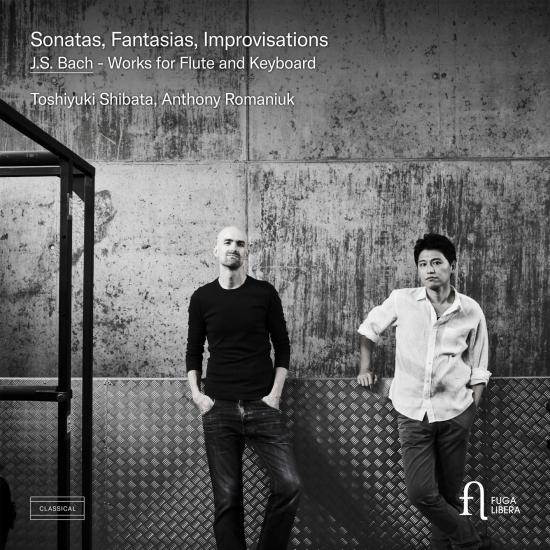 This project represents a starting point in gently opening up the possibilities of incorporating an element of improvisation into the oeuvre of Bach's chamber music. Given that both Toshi and Anthony are improvising musicians, able and willing to extemporise in a variety of genres (jazz, folk music, early music, etc.), but also being devotees of the repertoire and musical language of Bach, it seemed natural to use certain works of Bach’s as a basis for new invention. The result is a fresh approach to Bach, where improvisation is part of the overall soundscape, whether through ornamentation, basso continuo or entire passages opened up for ‘jamming’. The instrumentation for this programme is also diverse, with Toshi and Anthony using two instruments each; broadening the timbral spectrum. This project is, for them, a crucial way in exploring just how we can be both faithful to the score and true to ourselves as creative musicians interested in mastering this musical language.
Toshiyuki Shibata, transverse flute
Anthony Romaniuk, harpsichord, fortepiano 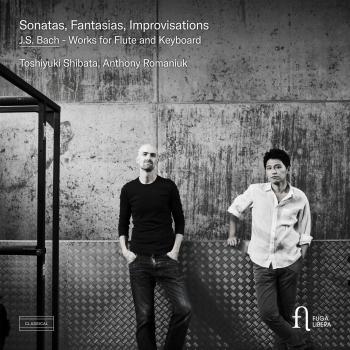 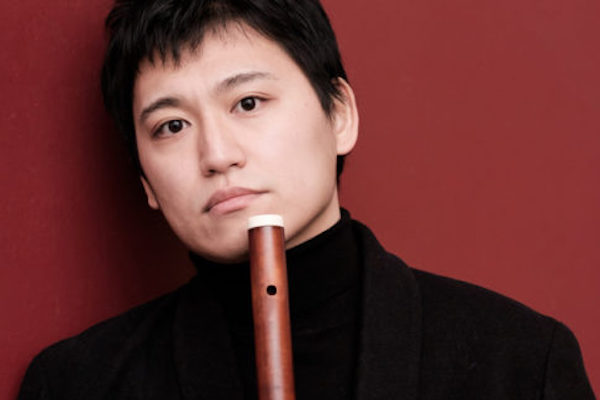 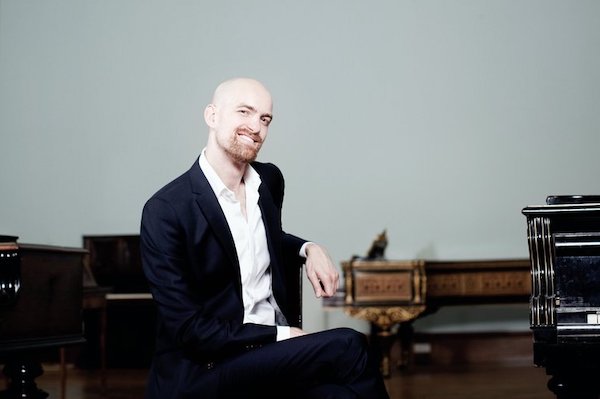 Toshiyuki Shibata
is a diverse musician who plays a flute, piccolo, alto flute, traverso and classical keyed flute. His repertoire covers largely from baroque to contemporary music.
A native of Takamatsu, Japan, he studied linguistic in Osaka University, eventually moved into New York by a recommendation of renowned flutist/conductor Ransom Wilson to focus on music education. Earning his bachelor degree at Purchase Conservatory, State University of New York he appeared as a concert flutist at New York’s leading venues such as Carnegie hall, Lincoln Center, Symphony Space, Bargemusic in Brooklyn. He has served as the principal flutist in Manhattan Symphonie (2009-2011), performed in New York and toured around many cities in China including Shanghai Oriental Arts Center, and National Centre for the Performing Arts in Beijing.
After moving to Europe, he obtained his master degree at Royal Conservatory in Antwerp. He currently substitutes Brussels Philharmonic (former Flemish Radio Orchestra), also has played in Chamber Orchestra of Belgium. In 2015, He has premiered a concerto for alto flute and percussion written by Diederik Glorieux with The Chamber Players Kortrijk. He will be joining a new ensemble YXXIA, artistic leading by Guido de Neve and Frank Agsteribbe in season 2017-18.
Finding more interests in early music, he proceeded to the advanced master degree program on traverso and classical 8key-flute at Royal Conservatory in Ghent. He recently plays in Jeune Orchestre de L’Abbaye aux Dames, Vox Luminis, Il Fondamento, Hildebrandt Consort and other baroque ensembles in Belgium. Since 2015 he closely works with Italian ensemble Ensemble Delfico to expand the classical chamber music repertoie.
As a musician devoted to contemporary music, he has been eagerly working with living composers such as Huang Ruo (Composer-In-Residence in Royal Concertgebouw Orchestra 2016-17), Raphael Lucas (National Opera Association Prize in USA best contemporary opera of 2010-12), and Belgian composers including Robert Groslot and Frank Nuyts. In 2016, he was invited to La Triennale di Milano to perform sound-painting improvisation with a musician from Eastman. He has joined the recording of Sound Artist Christina Vantzou for her third album. He has also performed at the New Music Festival at MidAmerican Center for Contemporary Music.
He currently works as a research assistant in Study Center of Flemish Music in Royal Conservatorium in Antwerp to rediscover 19th century flemish music. He serves as the international liaison of National Flute Association of USA. He is a recipient of scholarship from Flemish government (2014-15), further, he was granted fellowship/scholarship from University of Sydney in Australia in 2013.
As a concert/event producer, he was the executive producer and artistic director of Japan Earthquake/Tsunami Relief benefit concert “Notes For Japan” in 2011 at Performing Arts Center in Purchase College where 10 Grammy nominees performed. He has also worked in a company management department in Performing Arts Center in Westchester, New York.
His teachers include Patrick Beuckels, Aldo baerten, Wouter Van Den Eynde, Peter Verhoyen, Dr. Tara Helen O’Connor, Mindy Kaufman, Kazuo Tokito and Yumiko Sakuma. He has participated in numerous masterclasses by Andras Adorjan, Alexis Kossenko, Barthold Kuijken, Marten Root, Anne Pustlauk, Maxence Larrieu, Ransom Wilson, and Philippe Bernold.
Anthony Romaniuk
Keyboardist Anthony Romaniuk’s singular artistic voice stems from his relentless exploration of a vast range of musical styles.
A natural musical polyglot, his classical training is complemented by his improvising prowess, allowing him to traverse the borders between genres.
Jazz-obsessed in his youth in Australia, he studied classical piano in New York (Manhattan School of Music), spent several years specialising in early music (harpsichord and fortepiano in the Netherlands) and, post-studies, has continued his development across the realms of improvisation, Indy rock and ambient/electronic music.
As a classical recitalist, his repertoire includes music from Byrd to Bach, Beethoven, Chopin and Brahms (often on historical instruments), to Ligeti, Crumb and contemporary music. He works regularly with violinist Patricia Kopatchinskaja and tenor Reinoud Van Mechelen and is also a core member of Vox Luminis. Other noteworthy collaborations include working with cellists Peter Wispelwey and Nadège Rochat, the Australian Chamber Orchestra, Seattle Symphony Orchestra and Danish rock group Efterklang.
He has played at many important concert venues in Europe, including Wigmore Hall (London), Salle Gaveau (Paris), Concertgebouw Amsterdam, Berliner Konzerthaus, Bozar (Brussels) and at the Menuhin Festival (Gstaad), as well as frequent engagements in the US and Australia.
His debut solo recording “Bells”, released on Alpha Classics in 2020, showcases his approach to combining repertoire and improvisation, employing the timbres of four keyboard instruments, consciously pushing the boundaries of classical orthodoxy.