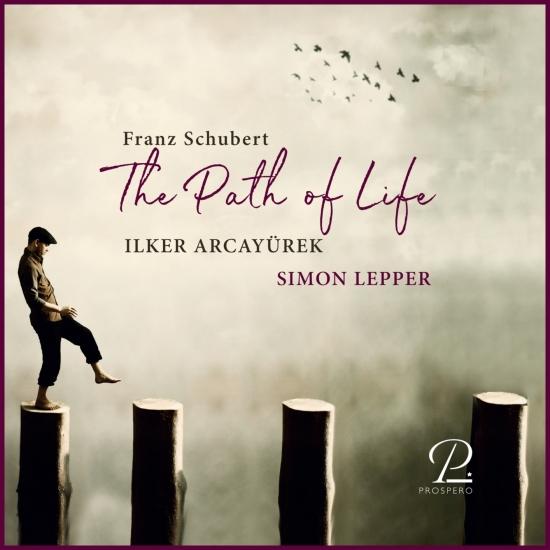 Info for The Path of Life

When Ilker Arcayürek and his pianist Simon Lepper conceived the album “The Path of Life”, it was important to them that it should not be a portrait of a singer and thus another “Best of Schubert” selection, but that a story should be told. The “programme” consists of five chapters, which are seen as stages of life: Love, Longing, Search for Inner Peace, Resignation, Redemption. Playful and in love, the cycle begins. Piningly follows the section of “longing”. Love alone does not fulfil the lyrical figure, which is why “Auf der Bruck” introduces an escape from existence and the “search for inner peace”. The lyrical I wanders, initially seeking happiness in nature and coming to the realisation in “Laughing and Crying” and “The Wanderer” that no matter where one turns, happiness is short-lived and elusive. Heartbreaking reflection is followed by a farewell to friends and life, before the epilogue is intoned with “Des Fischers Liebesglück”. Similarities to the “Leiermann” at the end of “Winterreise” are not coincidental.
A lucky coincidence brought the tenor Ilker Arcayürek to the Moroccan photo artist Achraf Baznani. The picture called “The Inevitable” (it adorns the album cover) inspired the singer and ultimately brought The Path of Life / Der Pfad des Lebens programme to life. “I don’t take pictures – I tell stories,” says Baznani, which by analogy applies exactly to the way Ilker Arcayürek and Simon Lepper make music together.
Born in Istanbul and raised in Vienna, tenor Ilker Arcayürek has emerged as one of the most exciting and versatile vocal artists in recent years – hailed by the press for his “golden tenor” (Opera Now Magazine) and quickly establishing himself “in a class of his own” (The Guardian). He is a winner of the International Art Song Competition of Germany’s Hugo Wolf Academy, a finalist of the 2015 BBC Cardiff Singer of the World and was a BBC Radio 3 New Generation Artist. He was also selected to perform at Rolando Villazón’s Stars of Tomorrowfor ARTE. In 2017 Champs Hill Records released his first solo album Der Einsame, featuring Schubert songs and accompanied by Simon Lepper, to great critical acclaim. Alongside his commitments to symphonic and operatic repertoire, Ilker is a passionate exponent of Lied, working with pianists such as Simon Lepper or Wolfram Rieger. He has given many recitals at vemues such as the Edinburgh International Festival, Wigmore Hall, the Innsbruck Festwochen. Future highlights include a return recital at Wigmore Hall, at the Hospitalhof Stuttgart as part of the Hugo-Wolf-Akademie, and in Hohenems as part of the Schubertiade Festival. Ilker makes his home in Zurich with his wife and daughter.
Simon read music at King’s College, Cambridge before studying collaborative piano with Michael Dussek at the Royal Academy of Music in London and later with Ruben Lifschitz at the Académie de Royaumont, France.Specialising in song accompaniment, he has regularly collaborated with singers including Benjamin Appl, Ilker Arcayürek, Christiane Karg, Karen Cargill, Stéphane Degout, Angelika Kirchschlager, Sally Matthews and Mark Padmore. He performs extensively in venues around the world including Carnegie Hall, the Concertgebouw, the festivals of Verbier, Ravinia and Edinburgh and the Opera houses of Frankfurt, Geneva, Bordeaux and La Monnaie. In his home country, he is often heard on BBC Radio 3 and regularly performs at the Wigmore Hall where he has also curated a series on the songs of Joseph Marx. He is a committed teacher and is currently professor of collaborative piano and a vocal repertoire coach at the Royal College of Music, London where he also co-ordinates the collaborative piano course. Since 2003 he has been the official accompanist for the BBC Cardiff Singer of the World Competition.His discography includes a live recital disc with Stéphane Degout and a disc of Ballades, Mahler songs with Karen Cargill, 2 volumes of Debussy Songs and a Strauss disc with Gillian Keith, the complete songs of Jonathan Dove with Kitty Whately, Schubert Songs with Ilker Arcayürek and a recital disc with Dame Felicity Palmer.
Ilker Arcayürek, piano
Simon Lepper, piano 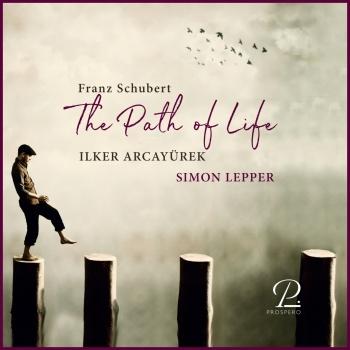 The Path of Life

Booklet for The Path of Life