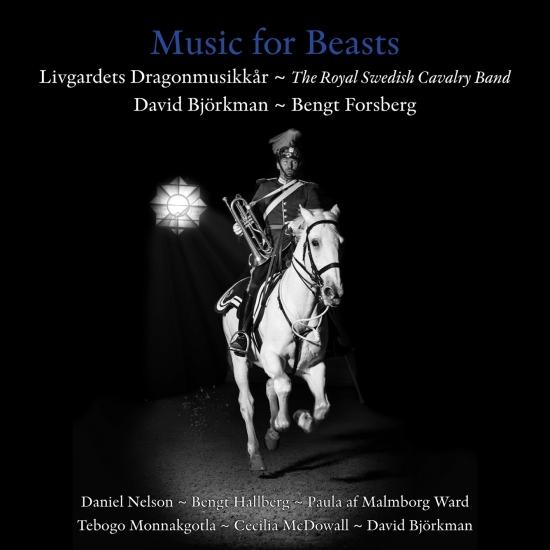 Info for Music for Beasts

This production, containing only world première recordings, captures the new and inspired concert repertoire of the Royal Swedish Cavalry Band under their chief conductor, music director David Björkman. Being a professional military band usually on horseback, this is a unique chance to hear a sample of their music chosen to perform on stage. Opening, we hear the suite Music for Beasts of the dynamic composer Daniel Nelson, where two of the movements are written to be performed on horseback, played on cavalry instruments. The internationally acclaimed pianist Bengt Forsberg shares his ideas in the Swedish jazz nestor Bengt Hallberg’s concerto from 1985, containing a 7/4 tango, improvised cadenzas and a lugubrious finale.Also included, are shorter pieces by Swedish composers Paula af Malmborg Ward and Tebogo Monnakgotla, giving us their very different takes of what a brass ensemble can express - of both joy and agitation. Cecilia McDowall is represented with the brass choral Ave Regina and finally, a jazz waltz is contemplating whatever could be waiting ’beyond the fence’ (Bortom staketet).
Bengt Forsberg, piano
Livgardets dragonmusikkär
David Björkman, conductor 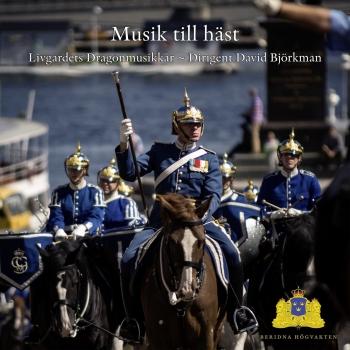