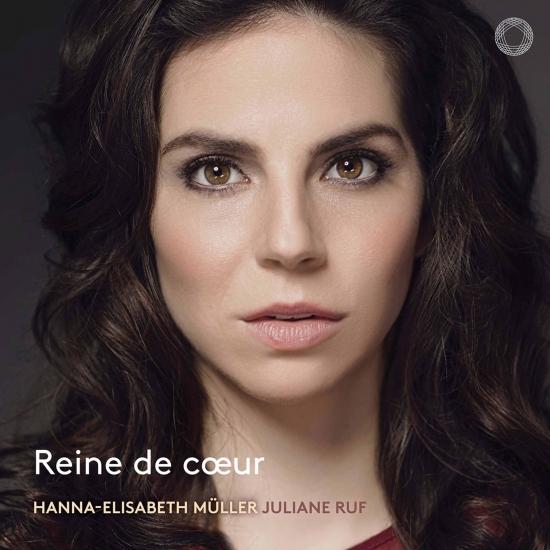 On her PENTATONE debut Reine de coeur, star soprano Hanna-Elisabeth Müller brings the German and French art song traditions together, focusing on song cycles by Robert Schumann, Alexander von Zemlinsky and Francis Poulenc, accompanied by pianist Juliane Ruf. The album presents a highly personal anthology of songs that address love and loss, and the heights and depths of the human soul. While Schumann’s Sechs Gesänge Op. 107 and Sechs Gedichte und Requiem Op. 90 offer the quintessence of the Romantic German Lied, Zemlinsky’s turn-of-the-century Walzer-Gesänge introduce the listener to a later and less well-known chapter in the genre’s history. Poulenc’s La courte paille and Fiançailles pour rire provide an atmospheric, at times humoristic complement to the Weltschmerz of the German songs.
Hanna-Elisabeth Müller is among the most celebrated young sopranos of our times. Reine de coeur is the first album of her exclusive collaboration with PENTATONE. She works together with her regular accompanist, pianist Juliane Ruf.
Hanna-Elisabeth Müller, soprano
Juliane Ruf, piano 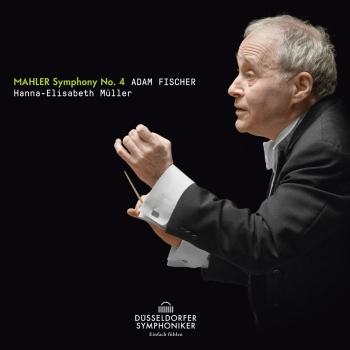 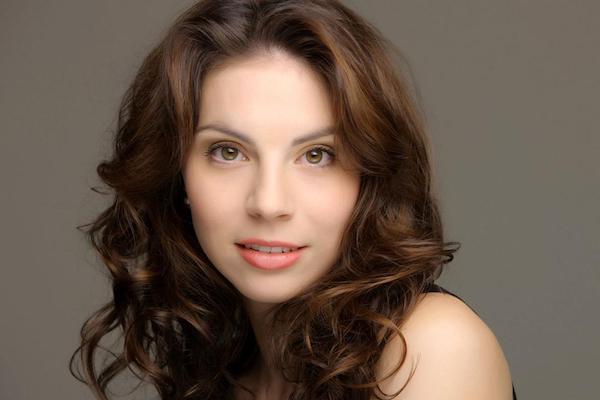 Hanna-Elisabeth Müller
studied with Rudolf Piernay with whom she still closely collaborates. The multi award winning soprano later fine-tuned her skills in masterclasses with Dietrich Fischer-Dieskau, Julia Varady, Elly Ameling and Thomas Hampson.
In March 2017 she made her debut at the MET in New York as Marzelline in Jürgen Flimm’s Fidelio. In May, she will make both a role and house debut at the Scala in Milan as Donna Anna in Robert Carson’s production of Don Giovanni. She will return to the MET, as Pamina, in December 2017, followed by her debut at the Opera Zurich as Ilia in Mozart’s Idomeneo.
In 2014, Hanna-Elisabeth Müller achieved her international breakthrough at the Salzburg Opera Festival with her sensational debut as Zdenka alongside Renée Fleming and Thomas Hampson under the baton of Christian Thielemann and, shortly afterwards, was distinguished by German magazine Opernwelt as Young Artist of the Year. She later resumed the role at Semperoper Dresden and at the Munich Opera Festival. In Amsterdam, she made her house and role debut as Sophie in a new production of Strauss’ Der Rosenkavalier in 2015.
From 2012 to 2016, she was a member of the Bavarian State Opera, where she appeared as Pamina, Zerlina, Susanna, Servilia, Gretel, Zdenka, the Infanta Donna Clara in Zemlinsky’s The Dwarf, Sophie in Massenet’s Werther and Marzelline, amongst others. She made her farewells to the ensemble as much-acclaimed Sophie in Strauss’ Rosenkavalier during the Munich Opera Festival, but will remain associated to the house as a guest. In the 2017-2018 season, she will accompany the Bavarian State Orchestra on tours to Japan (Pamina) and the Carnegie Hall New York (Sophie, Rosenkavalier). She will return to Munich as Zdenka in summer 2018.
The versatile singer is a regular guest on the concert stage. Hanna-Elisabeth Müller celebrated the arrival of 2017 in spectacular style, stepping in at the opening concerts of Elbphilharmonie Hamburg with Beethoven’s 9th symphony. In 2016-2017, she also appeared at the Philharmonie de Paris, Philharmonie Essen, Philharmonie Cologne (with WDR Symphony Orchestra), and the Tonhalle in Düsseldorf.
In the 2017-2018, she will perform Brahms’ Ein deutsches Requiem with the Berlin Philharmonic Orchestra under Yannick Nézét-Seguin and Berg’s Sieben frühe Lieder with the Bilbao Orkestra under Erik Nielsen.
With her permanent piano partner Juliane Ruf, she regularly appears at major recital venues such as Heidelberger Frühling, Philharmonie Cologne, deSingel Antwerp and at the Festival RheinVokal.
In summer 2017, she will release her first CD recital Traumgekrönt with songs by Strauss, Berg and Schönberg.