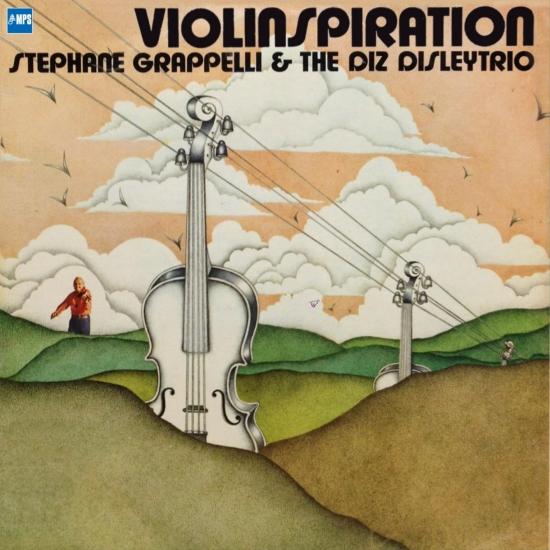 “Stéphane Grappelli is a colleague whom I revere and would love to be able to emulate. His playing is filled with technical perfection and spontaneous expressions of emotion that every violinist would envy.” So enthused one of the greatest violin virtuosos of the 20th century, Yehudi Menuhin, about the man who most likely was Europe’s most important jazz violinist: Stéphane Grappelli. Jazz great Grappelli and classical maestro Menuhin recorded twice in duo, but it was his work with gypsy guitarist Django Reinhart that catapulted Grappelli (1908-1997) onto the world stage. In 1934 Reinhart and Grappelli formed the Quintette du Hot Club de France in Paris. It was a combo featuring three guitars, bass, and Grappelli on violin. With its gipsy swing, the band was the first purely European band that contributed to the evolution of jazz. Grappelli last toured with Reinhardt in 1949. The violinist went on to play with such greats as Oscar Peterson and Gary Burton. However, it was not until two decades later that British guitarist Diz Dislay was able to persuade the grand seigneur of the violin to join a band that played in the style of the Quintette du Hot Club. In 1975 Grappelli recorded “Violinspiration” with this group. It is a compelling swing LP. On “Souvenir de Villingen”, Grappelli, an accomplished pianist, accompanies himself on e-piano. Grappelli praised MPS founder Hans Georg Brunner-Schwer as being „one of the few people in the recording industry for whom music is more important than business.”
Stephane Grappelli, violin, electric piano
Diz Disley, guitar
Ike Isaacs, guitar
Isla Eckinger, bass
Recorded March 1975 At MPS Studio, Villingen
Engineered by Hans Georg Brunner-Schwer
Digitally remastered 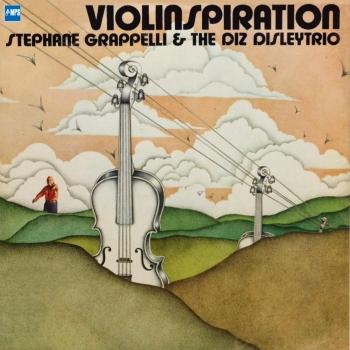