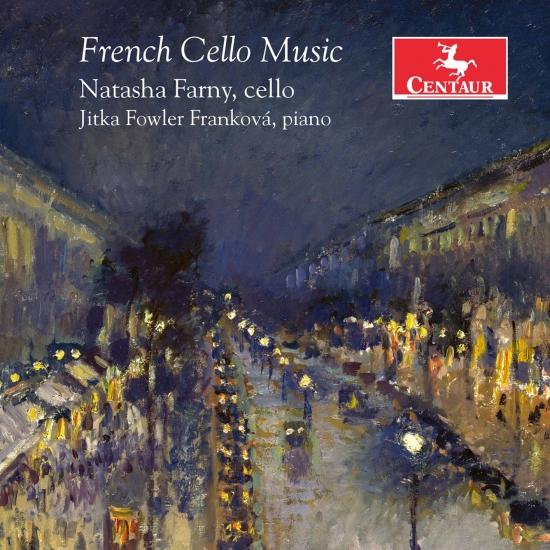 This is a beautiful album of French impressionistic works for cello and piano. Along with some standards are some wonderful, less often played works by Lili Boulanger. American cellist Natasha Farny has performed with the Boston Symphony, the Buffalo Philharmonic, and several orchestras throughout New York. Solo and chamber music tours include appearances in Germany, the Czech Republic, Italy, and Brazil, and nationally at Chicagos Dame Myra Hess Memorial Concerts, Brooklyns Bargemusic Here and Now Series, and Floridas BIG ARTS Sanibel series. Nationally, Ms. Farny has performed live on radio programs including Chicagos Live from WFMT and is a regular guest at WXXIs Live from Hochstein series in Rochester, New York. This season, her duo Ekstasis will perform at Merkin Hall, Bard College, and Saugerties Pro Musica. She has been appointed to numerous summer festivals including the Sewanee Music Festival, the National Music Festival (MD), and the Colorado Music Festival and during the year, teaches at the School of Music at SUNY Fredonia.
Natasha Farny, cello