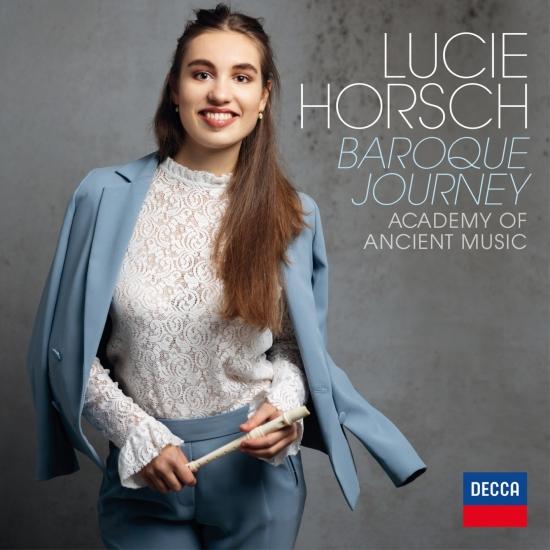 19-year-old Dutch recorder superstar Lucie Horsch is taking us on a trip around Baroque Europe for her new album ‘Baroque Journey’, released on Decca Classics on 22nd February. Recorded with the Academy of Ancient Music, Lucie performs some of the most virtuosic music from her native Netherlands, as well as Germany, Italy, France and England.
Highlights from the album include Handel’s Arrival of the Queen of Sheba, Bach’s Badinerie, Dido’s Lament by Purcell and the world premiere recording on recorder of a concerto by Jacques-Christophe Naudot. Watch Lucie perform Arrival of the Queen of Sheba
“I thoroughly enjoyed working together with the excellent musicians of the AAM. I am very excited to share the result of our intense and inspiring collaboration” – Lucie Horsch.
Following this release, Horsch will join the Academy of Ancient Music on an international tour, with performances in the UK at the Barbican, London; the Apex, Bury St Edmunds; and West Road Concert Hall, Cambridge; and in the Netherlands at De Oosterpoort, Groningen; Parkstaad Limburg Theaters, Heerlen; De Doelen, Rotterdam; and the Muziekgebouw, Amsterdam.
Lucie is also joined by BBC Young Musician finalist Charlotte Barbour-Condini on second recorder and lutenist Thomas Dunford, described by BBC Music Magazine as “the Eric Clapton of the lute”.
Already praised for her extraordinary technique and mature musical sensibility, and with an international career rapidly growing around her, Lucie Horsch challenges any notion that the recorder is simply a ‘learning’ instrument. Lucie is eager to break down certain preconceptions: “There are five-hundred different fingerings, so you can really colour your playing with different choices. And vibrato gives yet another level of expression. Even though the recorder has a smaller dynamic range than, for example, the violin or the cello the potential for expressive detail and nuance is enormous.”
Lucie’s remarkable talent has been widely recognised at home and abroad. In 2014 she represented Holland in the Eurovision Young Musician Contest, and in 2016 she won the prestigious Concertgebouw Young Talent Award, which she was given in the presence of Sir John Eliot Gardiner. She has toured in Norway, Switzerland, Austria, Canada and Holland. In 2016, she became the first recorder player ever to sign to Decca Classics.
Lucie started learning the recorder aged only five, and was immediately enthralled. “I loved the pure, authentic sound – it’s so beautiful and vulnerable,” she says. “And because you blow directly into the instrument, everything you do, you hear immediately. For me it’s the instrument closest to the human voice.”
"A brilliant young performer" (BBC Music Magazine)
"Phenomenal technique" (Gramophone)
Lucie Horsch, recorder
Academy of Ancient Music
Bojan Cicic, conductor 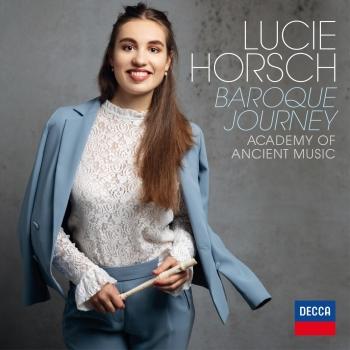 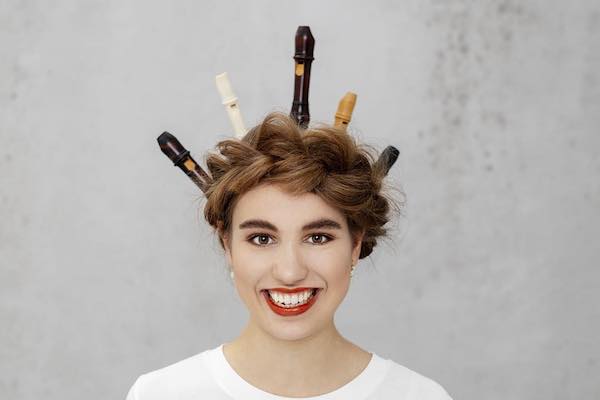 Lucie Horsch
The young musician (...) once again demonstrates her confidence and genuine fascination for her instrument, from which she creates sounds that one probably wouldn't have expected to be possible." Klassik Akzente
Nineteen year old Lucie Horsch is one of the most remarkable musical talents of her generation, and already in great demand as a solo recorder player both in her native Netherlands and internationally. She is performing with baroque ensembles as well as with modern orchestras.
The 2018/19 season sees Lucie Horsch giving her debut with the Hong Kong Philharmonic Orchestra and Macedonian Philharmonic Orchestra. She embarks on a tour with the Academy of Ancient Music including appearances at the Barbican London, Muziekgebouw Amsterdam and De Doelen Rotterdam. Other orchestras she works with are the Los Angeles Chamber Orchestra and Manitoba Chamber Orchestra, Ensemble LUDWIG, B’Rock Orchestra, Residentie Orkest of The Hague, the Arnhem Philharmonic as well as Staatsorchester Kassel.
In recital Lucie formed a new duo with French lute player Thomas Dunford, an up-coming highlight is their debut at Philharmonie Essen. Another key duo partner is harpsichordist Alexandra Nepomnyashchaya. Festival appearances include Budapest Spring Festival, Festspiele Mecklenburg-Vorpommern, MDR Musiksommer, Hindsgavl Festival and Musiksommer am Zürichsee in Switzerland. Furthermore, she appears with Richard Egarr, Lucas and Arthur Jussen, Harriet Krijgh, Benjamin Bayl, Andreas Spering, Stephen Stubbs and Rolando Villazón.
Lucie records exclusively for Decca Classics. Her debut CD features concertos and other works by Vivaldi, for which she received the prestigious Edison Klassiek Award 2018. Her second disc, which she recorded with the Academy of Ancient Music and Thomas Dunford, features works by Sammartini, Bach and Händel among others (release in February 2019). She also mastered the premiere recording of a Leonard Bernstein’s ‘Variations on an Octatonic Scale F’ with Kian Soltani for Deutsche Grammophon.
Born into a family of professional musicians Lucie began to study the recorder with Rob Beek at the Muziekschool van Amsterdam at the age of five. Only four years later, her televised performance of Brahms’ Hungarian Dance No. 5 at a popular concert on the Prinsengracht canal caused a national sensation. In 2011, after winning many competitions, she moved to the prestigious Sweelinck Academie at the Amsterdam Conservatorium, where she is now a student with Walter van Hauwe. Also a talented pianist, she first studied with Marjés Benoist and is now in Jan Wijn’s class at the Amsterdam Conservatorium. She was a member of the National Children’s Choir for seven years, performing with conductors such as Sir Simon Rattle, Mariss Jansons and Jaap van Zweden. In 2014, she was chosen to represent The Netherlands in the Eurovision Young Musician contest and in 2016 she was awarded the prestigious Concertgebouw Young Talent Award, in the presence of Sir John Eliot Gardiner.
Lucie plays on recorders by Frederick Morgan, Seiji Hirao, Stephan Blezinger and Friedrich von Huene.