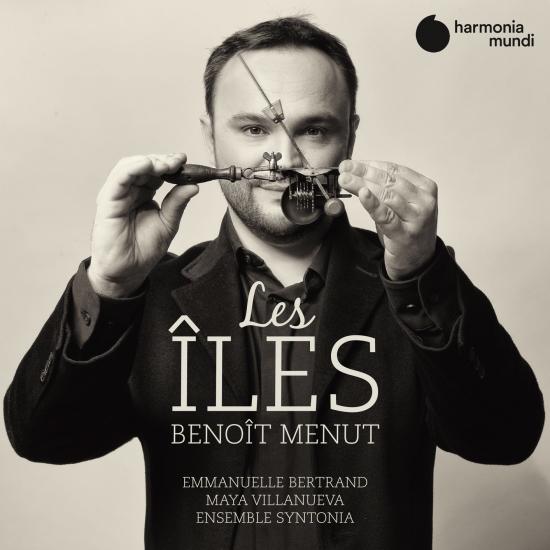 An ocean crossing from the Iroise Sea to the Caribbean Inspired as much by the poems of Dominique Lambert and Aimé Césaire as by Nito Dariel’s sculptures, Benoît Menut’s first album for harmonia mundi unfolds like a paean to the ocean and to Nature: an invitation to a voyage full of contrasts and without precedent, guided by the combined artistry of the Ensemble Syntonia and two of its partners of choice!
Emmanuelle Bertrand, cello
Maya Villanueva, soprano
Ensemble SyntoniaStéphanie Moraly, violin
Patrick Langot, cello
Romain David, piano 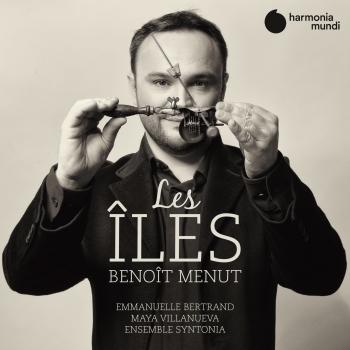 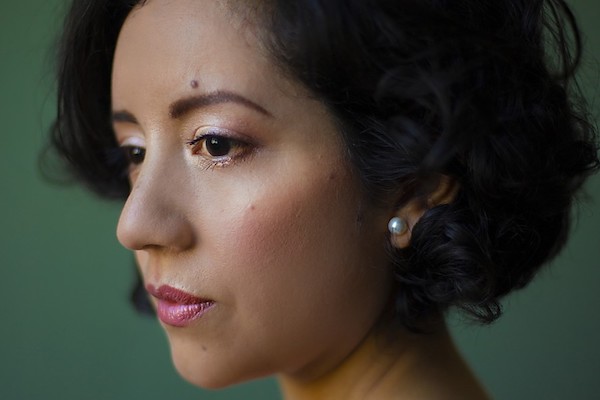 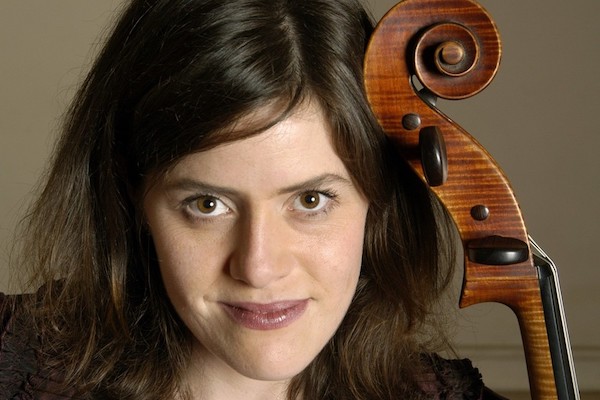 Maya Villanueva
The light-lyric soprano Maya Villanueva is equally at home in a number of musical genres, from Baroque and Classical works through to the 20th century, including French song and Spanish American repertoire. She is a prolific performer both on the operatic stage and the concert platform, and features in numerous recordings of contemporary music.
In May 2018 Maya sang one of the title roles in the world premiere of French opera Fando et Lis by Benoît Menut, at Opéra de Saint-Etienne (under the baton of Daniel Kawka): a critical success which won acclaim from both press and public alike. She also collaborated with Michaël Levinas in the composition of his latest opera, Le Petit Prince, and she has premiered works by Gabriel Sivak (Tres Instantes Onirícos for voice, cello and piano), Magic Malik and Prabhu Edouard (Odes et Lahera autour du tabla), Benoît Menut (Quantas, Big Prize Sacem 2016), Suzanne Giraud (Le Chant du Marais, a musical tale for soprano, cello and narrator, written and performed by Pascal Quignard with music composed by Suzanne Giraud).
In October 2019 Maya premiered the solo role in Les Enfants du Marais by Giraud and Quignard, in collaboration with the Orchestre Philharmonique et la Maîtrise de Radio France, and broadcast on France Culture.
Her new CD of Benoît Menut's compositions, featuring cellist Emmanuelle Bertrand and members of the Syntonia Piano Quintet is being released in May 2020 on the Harmonia Mundi International label.
Her projects in 2021 include the roles of Bastienne in Mozart's Bastien and Bastienne and Yniold in Debussy's Pelleas and Melisande.
Her discography includes the complete songs for voice and piano by Alberto Ginastera (2016, Klarthe Records, **** Classica, **** Opera Magazine, ***** Pizzicato, CD of the week on Concertclassic); Chansons by Prévert and Kosma (2015, Anima); songs by Claude Debussy with the Syntonia Quintet (Klarthe Records, 2018) and, more recently, a new CD with the music of the young composer Gabriel Sivak (La Patience, 2019, Klarthe Records).
On the opera stage she has performed the roles of Barbarina and Susanna (Le Nozze di Figaro), Drusilla (L'incoronazione di Poppea), Amore (Orfeo and Eurydice) and Elisa (Il Re Pastore). She is also regularly to be seen as an oratorio soloist in venues such as Le Quartz de Brest (Mozart Coronation Mass) and Le Grand Théâtre de Poissy (Mozart Requiem). She has given recitals in Trondheim, Lima, London, Luton, Paris (Salle Gaveau, Salle Cortot), at the Opéra de Lille, Festival Tempo (Le Croisic) and at other festivals including Royaumont, Chaillol, de Saintes, de Kersaint and Autour du Ventoux.
Born in Paris and of Peruvian origin, Maya is from a family of artists. A trained pianist and violinist, she joined the Maîtrise de Radio France at the age of ten, where she acquired comprehensive musical and stage training, and sang under the direction of conductors such as Seiji Ozawa, Kent Nagano, James Conlon and Charles Dutoit. She continued her vocal studies at the Conservatoire National Supérieur de Paris and has benefited from having Sophie Hervé, Annick Massis, Jean-Pierre Furlan and Kurt Widmer among her mentors. She studied Baroque repertoire with Andreas Scholl, Leonardo Garcia Alarcon, Nicolas de Figueiredo and Martin Gester, and French art song and Lieder with Patrick Cohen, Maciej Pikulski, Nathalie Dang, François Le Roux, Christian Ivaldi and Jeff Cohen.
Emmanuelle Bertrand
The French cellist Emmanuelle Bertrand is well known for her profoundly poetic and expressive musical interpretation. Henri Dutilleux said about her: “Her interpretation immediately delighted me with its transparency of sound, rhythmic precision, technical perfection and bravura. Without exaggerating, I can say that the way she plays is a true revelation for me.” She has been teaming up in a duo with Pascal Amoyel since 1999, and each of them, on their respective instruments, is among the most sought-after soloists in France.