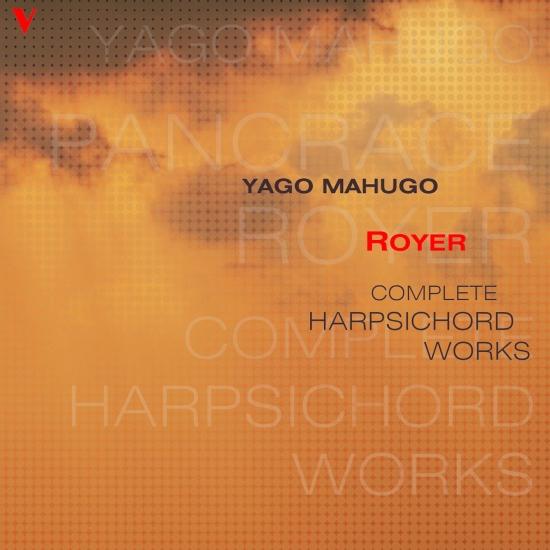 Born in Turin, Royer went to Paris in 1725, and in 1734 became maétre de musique des enfants de France, responsible for the musical education of the children of the king, Louis XV. All his music for harpsichord is contained in the only published book (1746). The suite contained therein is multifaceted, with pieces of intense poetry and meditation, and other rhythmic and virtuous, so rare to find in other suites written for this instrument (with the exception of Rameau and Couperin maybe).
The harpsichordist Yago Mahugo give us a fully emotional and virtuous rendition of the Royer's pages accompanied by the majestic sound of the stable harpsichord at the OnClassical recording studio.
This recording, licensed for renowned label Brilliant Classics, received the highest considerations from the major music magazines including Fanfare, Scherzo, Ritmo, Musica...
'The sound of the harpsichord is great, helped by a very good sound take made by the sound engineer and harpsichordist Alessandro Simonetto. It is hard to imagine a better introductory card for Mahugo' (Eduardo Torrico, Scherzo magazine).
Yago Mahugo, harpsichord 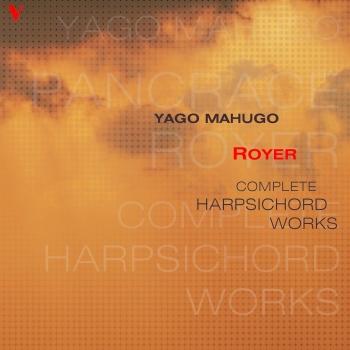 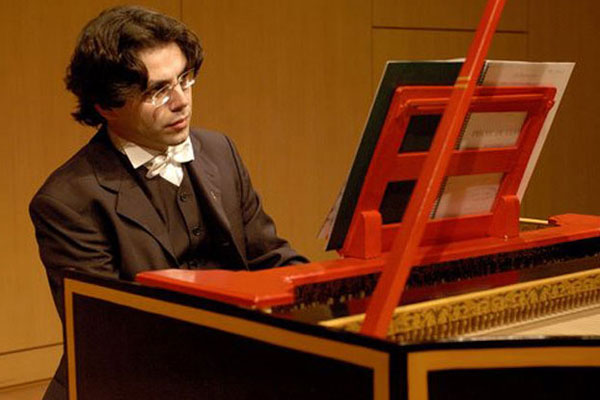 Yago Mahugo
is one of the most outstanding interpreters of antique music covering the entire spectrum of Spanish music. He was awarded at the International Harpsichord Competition in Budapest and at the Brugge Competition in Belgium, today considered to be one of the most elite ancient musical contests anywhere.
He was a student of Dr. Robert Hill, under whose tutelage obtains the degree in harpsichord, fortepiano, and historical instruments. On the post graduate level he continued with a diploma in artistic interpretation in Freiburg. Other studies also include Christophe Rousset, Kennneth Gilbert, and Jacques Ogg. His performances included some of the most prestigious music halls of Europe and USA. These include concertos as soloist with several orchestras (Duisburg, Fernc Erkel...). As well he was invited to perform with the orchestra of contemporary music 'project Gerhard'.
In 2008 Mahugo was invited by el Palau de les Arts de Valencia and its Orchestra to participate as harpsichordist in Gluckâ's opera 'Iphigenie en Tauride' together with the tenor Placido Domingo and the director Patrick Fourniellier. He has been a jury member in several competitions including the most important harpsichord contest in Spain. Mahugo has regularly performed as soloist in various programs at the different Festivals like Santander and at the Auditorium National of Madrid, playing De Falla's difficult concerto. Other performances include participation at Expo98 in Lisbon, in the Festival Bach-Fest in Leipzig in 1999 and in the 50th Festival International of music and dance of Granada where he received a great ovation and public acclaim. Recordings include those of State Radios of Spain, Hungary, and Czech Republic.
He has record the complete works of Domenico Cimarosa. OnClassical.com & Brilliant Classics just published his recording of the complete harpsichord pieces by Pancrace Royer. Mahugo is the founder and director of the historical group Impetus dedicated exclusively to the interpretation of music performed on original antique instruments. Included among his many musical activities he occupies the position of the harpsichordist for the Escuela Superior de Mùsica Reina Sofia and the International Institute for Chamber Music of Madrid.