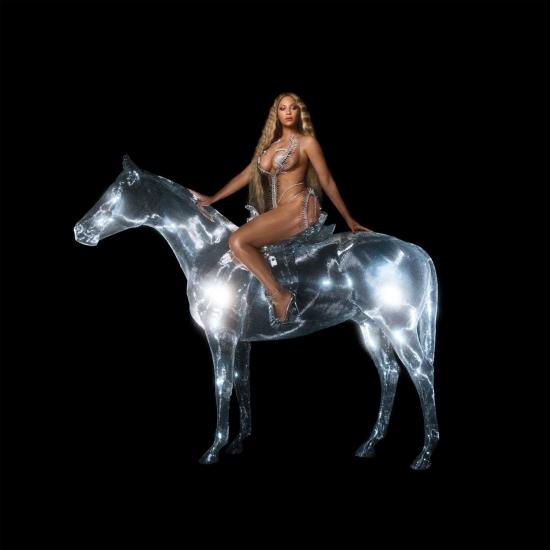 The seventh studio album from Beyoncé RENAISSANCE arrives six years after the globally lauded LEMONADE was released in 2016 as a complete surprise.
The originator of the visual album format, and the preeminent visual artist, decided to lead without visuals giving fans the opportunity to be limitless in their expansive listening journey. It is a chance again to be listeners and not viewers, while taking in every gem of the pristine production. While "Break My Soul," the first single, arrived with a minimal lyric video, the release of RENAISSANCE sans visuals is another culture-shifting move from the artist who has defined an era with reinvention.
Packed with rousing anthems that resonate with everybody, RENAISSANCE is a culmination of freedom and escape that encourages unimaginable jubilation, agency, and movement with abandon. The singular intent of RENAISSANCE, a reinvention of four on the floor, is to showcase music that stirs you from the soul and encourages your dancing feet. It is a celebration of a club era when anyone who felt like an outsider sought each other and formed a community of freedom-seekers to express themselves creatively through the rhythm, which we still celebrate today.
The magic of RENAISSANCE is also in Beyoncé's soaring vocals, rich, soulful, at times vulnerable and laden with passion and purpose in what could only be described as "SANGING." And it expands over memorable lyrics that are bold, heartened, urgent and categorically timely.
Beyoncé recorded the album over the course of the pandemic, almost three years in the works, and states that the stillness of that time allowed her to tap into her most creative self.
"Creating this album allowed me a place to dream and to find escape during a scary time for the world," says Beyoncé. "It allowed me to feel free and adventurous in a time when little else was moving. My intention was to create a safe place, a place without judgment. A place to be free of perfectionism and overthinking. A place to scream, release, feel freedom. It was a beautiful journey of exploration."
With a squad of prolific collaborators, including The-Dream, Nile Rodgers, NOVA, NO ID, Raphael Saadiq, Mike Dean, Honey Dijon, Chris Penny, Luke Solomon, Skrillex, Beam, Big Freedia, Grace Jones and Tems, Beyoncé set out "to reinvent music again," as described by The Times of London.
Beyoncé