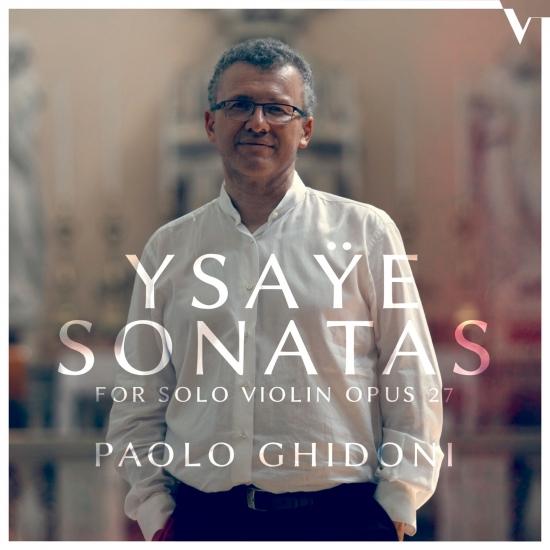 "I'd never heard a violinist play so in tune before hearing Ysaÿe," claimed Pablo Casals (who himself was an outstanding cellist and personality of the 1900s).
The expression "in tune" should not, however, be relegated to the mere (so to speak) precise intonation of the violinist, because Sarasate, Kreisler, and Enesco (whom Casals knew) were themselves great violinists, whose Sonatas cannot be underestimated.
Perhaps Casals was referring to the harmonic union that Ysaÿe, as a performer, was able to create between precision and expressiveness of intonation: the so-called "expressive intonation" that transcends the static tuning of keyboard instruments (piano), and highlights a sense of "modernity" which is particular to the great Belgian violinist.
In these Sonatas this particular aspect is made palpable by the use of characteristic intervals (major sixths, minor seconds, etc.). And, if each Sonata may seem a world apart, it is when we play them in one go that we become aware of a long singular journey, representing a passionate and panoramic voyage in the early 20th century society.
Paolo Ghidoni exhibits a solid preparation, an excellent control and a rare poetic sense, whilst managing to emphasize the contrapuntal streak and romantic mood of the Sonatas. He plays a copy of a Pietro Guarnieri ("Ex-Shapiro", Mantua 1704) built by luthiers Gian Luca Zanetti and Alessandro Gambarin (Luiteria Classica Mantovana).
The registration is done in real stereo, 176.4 kHz, 24 bits, inside the historic Pieve of Bassano del Grappa, without any post-production!
Paolo Ghidoni, violin 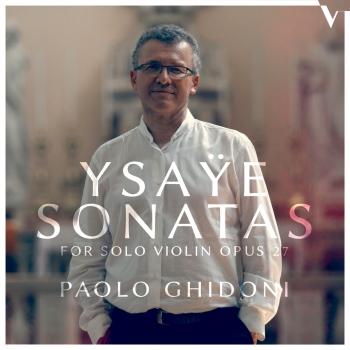 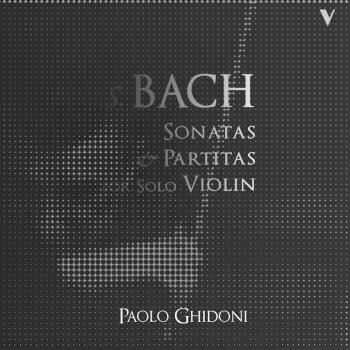 Paolo Ghidoni
was born in Mantova, Italy in 1964 and graduated at the young age of 17 under the guidance of Ferruccio Sangiorgi. Following this instruction, he attended chamber music courses at the Scuola di Musica di Fiesole with the Trio di Trieste and at the Accademia Chigiana di Siena where, for three years (1983-85) he worked towards the completion of the distinguished violin diploma from the class of Maestro Franco Gulli. In addition to his studies with M. Gulli, Paolo Ghidoni has also studied with Ivri Gitlis at the Accademie de Sion, Franco Claudio Ferrari in Mantova and with Salvatore Accardo in Cremona.
As a soloist and chamber musician, Mr. Ghidoni has performed more than 1500 concerts. He is a founding member of the prestigious Trio Matisse (1983), which won the "Vittorio Gui" prize in Florence when Ghidoni was only 19 years old. He has widely performed in Europe, the United States, Australia, Israel, China and South America.
Paolo Ghidoni has collaborated with various musicians such as: Mario Brunello, Enrico Dindo, il Trio d'Archi della Scala with Franco Petracchi, Giuliano Carmignola and Danilo Rossi. In addition, he has collaborated with hornists: Ifor James, Hermann Baumann and Jonathan Williams and also frequently with various pianists, one of which being Bruno Canino.
Mr. Ghidoni plays a wonderful Luigi Lanaro (1991).