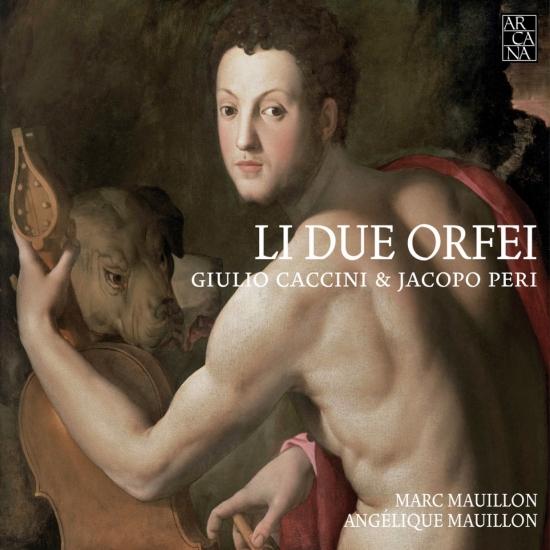 Florence, 1600: Giulio Caccini and Jacopo Peri, two virtuoso singers and rival composers. Striving to rediscover the expressive powers of ancient Greek tragedy, they revolutionized the art of singing and created a new style, which eventually would give birth to opera. In reaction to Renaissance polyphony, these monodies were intended to be sung with the simple accompaniment of a plucked instrument in order to express the full range of human passions. Peri and Caccini would often accompany themselves but they would also perform with certain family members. Thus brother and sister in this duo follow most naurally a tradition passed on by those great musicians.
Marc Mauillon, tenor
Angélique Mauillon, harp 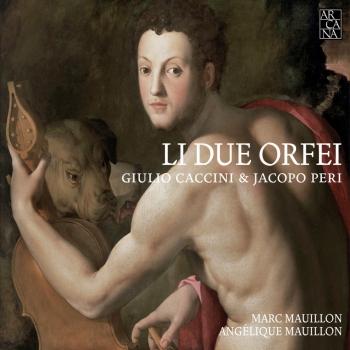 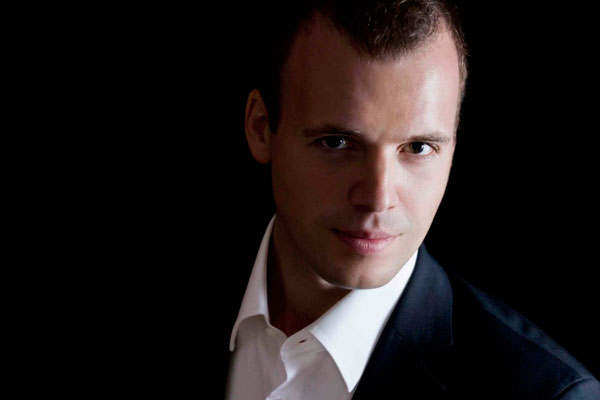 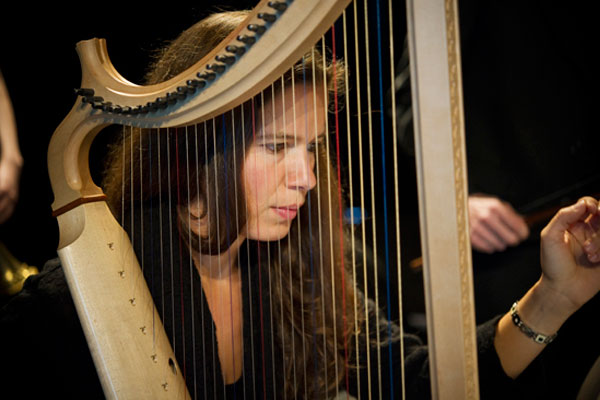 Angélique Mauillon
After beginning musical studies in her native city of Montbéliard, Angélique Mauillon moved to Lyon where she graduated from the Regional Conservatorium as a student of C. Truant, on modern harp. At the same time, she pursued parallel studies in musicology at the Lyon University. She then decided to specialize in historical instruments and joined the class of Eugène Ferré at the Lyon National Conservatorium. There, Angélique Mauillon received her degree in Early Music and Chamber Music in 2002, with the highest honours. She finished her studies with a postgraduate year at the Scuole Civiche di Milano, under Mara Galassi.
Covering a period from the 13th to the 18th centuries, her wide-ranging interests have led to collaboration with a number of major ensembles. She can be heard on mediaeval harp with Mala Punica, Alla Francesca, Tasto Solo, Canto Coronato or on renaissance harp with Doulce Memoire or Les Jardins de Courtoisie. As soloist or continuo player for baroque repertoire, she has participated in productions with Le Concert d’Astrée, La Fenice, La Rêveuse, Les Paladins, Il Seminario Musicale, etc…
She plays also with her brother, the baryton Marc Mauillon in the medieval project «Le Remède de Fortune» of Machault, and in a recital, «Histoires de famille», witch is about baroque italian music.
Teaching also forms an important part of her activities; Angélique Mauillon teaches historical harps at Tours Conservatory, and Lyon Conservatory.
Marc Mauillon
The season 2015-2016 of Marc Mauillon is again rich and contrasted. In the opera, it is marked by the title role of Pelléas and Mélisande, de Debussy in the Opera of Malmö (Sweden). He also returns to the Opéra National de Lorraine, with the roles of Mercury (Orphée aux enfers , of Offenbach) and Momo (Orfeo, of Rossi). He works with ensembles as Pygmalion, Arpeggiata, the Orquesta Nacional de España, Les Cris de Paris, Hespèrion XXI-Jordi Savall.
Besides, this season four new recordings: a volume 2 dedicated to the musicians of the Great War (with Anne Le Bozec at the piano); a recording dedicated to the Florentine monody of the beginning of the XVIIth century (with Angélique Mauillon at the harp); a program of sacred music in three voices of men, of Purcell, with La Rêveuse; an anthology of airs of court, with Le Poème harmonique, come along with concerts and recitals, a shape which he likes quite particularly.
The whole Marc Mauillon's career is just like this diversity and just like this wealth; so, among the strong moments which marked his route, let us quote his meeting with William Christie and Les Arts Florissants (since the 2002 session of the Jardin des Voix, a succession of projects among which Atys, Platée, Armide, Dido and Aeneas, and numerous concerts of anthems and airs of court) and Jordi Savall (concerts and recordings); the title roles of Egisto (Cavalli) and Cadmus and Hermione (Lully) with Vincent Dumestre and Benjamin Lazar, who put him on stage with a critical and public success in the creation of Cachafaz (Oscar Strasnoy according to a room of Copi).
On the stage of the Opera de Paris, he embodied the role of Tisiphone in Hippolyte and Aricie (Rameau – conductor : Emmanuelle Haïm). Finally, since 2009, he leads with Pierre Hamon, Angélique Mauillon and Vivabiancaluna Biffi a research on the work of Guillaume de Machaut, giving rise to three recordings regularly given in concert.
Besides, Marc Mauillon also worked with Hervé Niquet's concert of sacred music (for programs of big anthems and the role of one of the absurd monks of the King Arthur (Purcell) staged by Shirley and Dino), with Talens Lyriques de Christophe Rousset (roles of the Hatred and Aronte in Armide de Lully), with Les Musiciens du Louvre, de Marc Minkowski (Hermann's roles and Schlemil in Les Contes d'Hoffmann) and Alain Altinoglu (Papageno in Zauberflöte). Lover of the polyphony, he comes back to it regularl, with theensembles Doulce Mémoire, of Denis Raisin-Dadre, and Vincent Dumestre's Poème harmonique. In the field of the contemporary creation, he was also the interpreter of Marc-Olivier Dupin (Robert le cochon's title role and Robert le cochon et les Kidnappeurs), of Eötvös (Roger in Le Balcon), of Dusapin (Roméo 2 in Roméo et Juliette) and Kaya Saariaho (Jaufré Rudel in L'Amour de loin).
In other directories, he interpreted Guglielmo (Cosi fan Tutte), The Husband (Les Mamelles de Tirésias), all the male roles of L'Enfant et les sortilèges and was one of voice of the trio of Trouble in Tahiti. Concerning operetta, he was several time Bobinet in La vie parisienne, Gaston in Rayon des soieries, André de Langeac in Les Saltimbanques...
We can listen to Marc Mauillon in recording in the various directories where he becomes famous. Three programs Machaut appeared at Eloquentia (Amoureus Tourment, Le Remède de Fortune and more recently, Mon Chant vous envoy); the recordings in which he participated with Jordi Savall (Jerusalem, La Tragédie Cathare, La Dinastie Borgia, Erasme de Rotterdam); of numerous DVD of opera with Les Arts Florissants, as well as, with Le Poème harmonique, the DVD of Dido and Aeneas and the CD of Combatimento ( Monteverdi)... With piano: he recorded, accompanied by Guillaume Coppola Miroirs Brûlants, complete melodies of Poulenc and Eluard, and accompanied by Anne Le Bozec, first volume dedicated to the melodies of the Great War.
In 2014, Marc Mauillon adds the educational coat at his directory, by becoming singing teacher in the Pole Sup ' 93, having given several Master's degrees classes in France and abroad (in particular in Moscow this season).