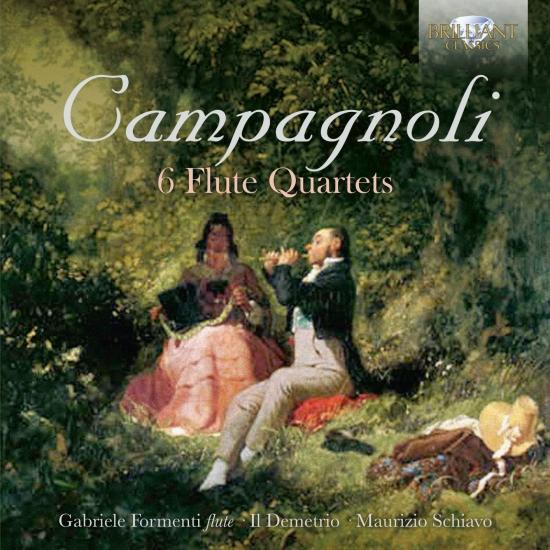 Bartolomeo Campagnoli (1751-1827) was a violinist by training, who worked in the courts and capitals of Baroque-era Europe, with posts in Rome, Dresden and then (from 1979 to 1818) in Leipzig, where he was leader of the venerable Gewandhaus orchestra.
Thus most of his own compositions are for strings, focused on his own instrument, and often with pedagogical or commercial aims in mind, such as the 41 Capricci for solo viola and the 7 Divertimenti for solo violin. There is also an extensive Method – in 132 separate lessons! – which was first published by Ricordi in 1797, and reprinted and translated many times.
It was around this time that he wrote the six delightful, serenade-like works on this album, scored for flute and string trio. Often the flute engages in vivacious dialogue with the upper voice of the trio, within the tradition of similar works by Tartini, Rolla and Mercadante. The predominant mood is light, the expression airy and untroubled. The exception to this is the Fourth Sonata in E minor – the only minor-key quartet of the set, and the only one cast in three movements, with a central Andante grazioso of a suave gravity that would not have disgraced the young Mozart.
Founded by the violinist Maurizio Schiavo, the ensemble Il Demetrio is a historically informed chamber group specialising in music of the Baroque era, undertaking much original research of their own to unearth little-known compositions from Italian libraries. Their previous recordings on Brilliant Classics include flute quartets by Paisiello (BC95268) and a disc of sacred music by Merula (BC95270).
The disc has only one rival in the recording catalogues; it also forms a delightful counterpart to the previous volume of the composer’s music on Brilliant Classics, a collection of six string quartets played by Ensemble Symposium (BC95037).
Bartolomeo Campagnoli (1751-1827) learned his trade with famous Italian musicians Tartini and Nardini. As a virtuoso on the violin he traveled Europe, where he held several important posts in Freising (Bavaria), Dresden and Stockholm, before settling as Kapellmeister of the famous Gewandhausorchester in Leipzig.
Campagnoli claimed for himself “the German learnedness with Italian soul”, and his flute quartets, for the attractive combination of flute, violin, viola and cello, abound in lyrical melodies set into the firm musical structures of the first Viennese School. The Ensemble Il Demetrio plays on original instruments or copies of such, and have embraced the principles of the Historically Informed Performance Practice.
The booklet contains scholarly written liner notes in both English and Italian.
Gabriele Formenti, flute
Maurizio Schiavo, violin
Il Demetrio 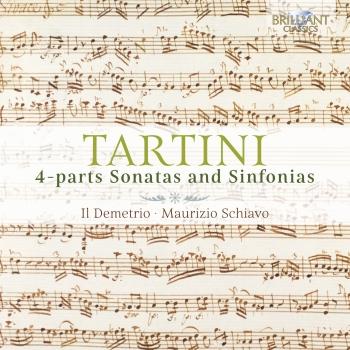 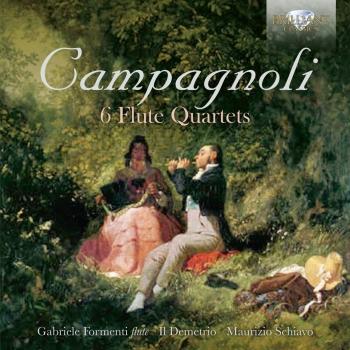 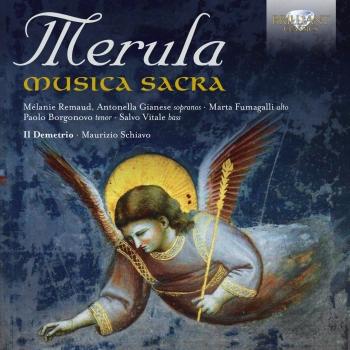