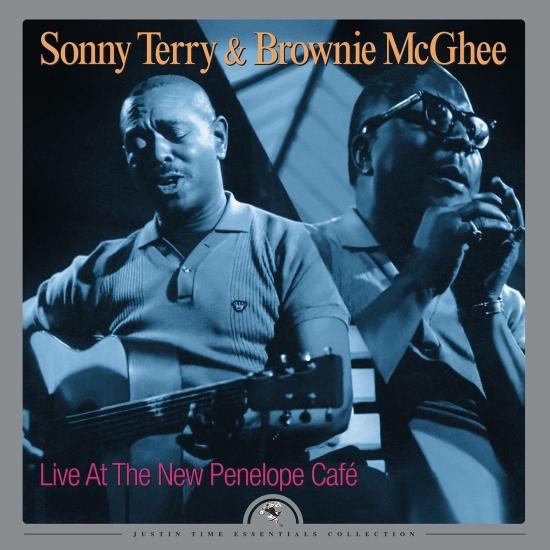 Info for Live at the New Penelope Café (Remaster) 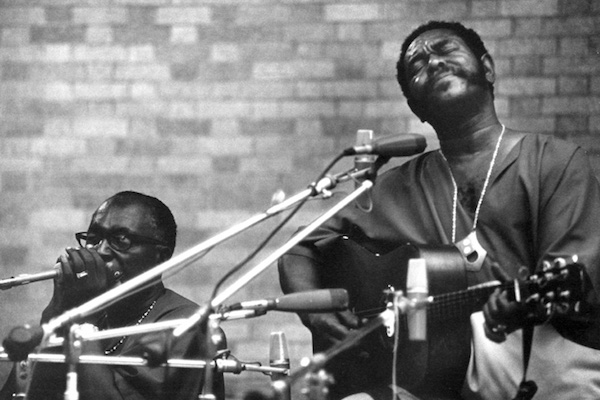 Sonny Terry and Brownie McGhee
were the most beloved and influential duo in blues history. Saunders Terrell (1911-1986) was born in Greensboro, North Carolina, Walter Brown McGhee (1915-1996) in Knoxville, Tennessee. Terry was blind, and McGhee walked with a pronounced limp. They met in 1939 while busking in Durham, North Carolina. Terry was playing harmonica for singer-guitarist Blind Boy Fuller, while singer-guitarist McGhee was performing with harmonica player Jordan Webb. They hooked up again in 1941, following Fuller’s death, and made their first record together three years later. They played for tips on New York City streets for a time and appeared at many left-wing rallies and benefits with Woody Guthrie, Leadbelly, Pete Seeger, and other folksingers. Terry, whose vocal contributions had been limited to high falsetto hollers ('whopping,” he called it) that punctuated his harmonica riffs, began singing in his natural voice during this period. 'I got tired of giving him half the money when I was doing all the singing,” McGhee recalled.
They parted company in 1947 when Terry joined the cast of Burton Lane and Yip Harburg’s socially-conscious musical Finian’s Rainbow, staying two years. McGhee then formed a rhythm-and-blues combo and became active as a studio musician. Terry and McGhee were reunited in 1955 in Tennessee Williams’s Cat on a Hot Tin Roof. While with the play in San Francisco in 1957, Terry and McGhee recorded three albums for Fantasy Records. They left the production the following year and toured together 11 months a year for the next 23 years, recording dozens of albums for many labels along their routes. At first they played primarily at colleges and coffeehouses, but by the mid-Sixties they were appearing at folk festivals, concert halls, and showcase nightclubs around the world.