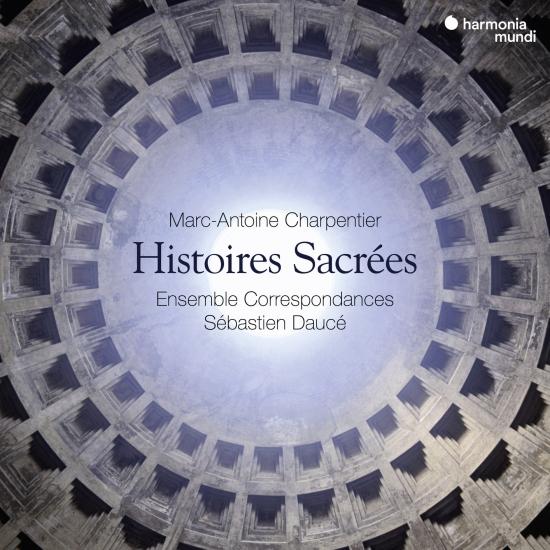 Marc-Antoine Charpentier is the only composer of the age of Louis XIV to have distinguished himself so remarkably in the genre of the ‘sacred history’: he wrote more than thirty such works, all composed after his residence in Italy. Sébastien Daucé and the Ensemble Correspondances have carefully extracted from this outstanding corpus a number of gems that reflect both his experience in Rome (probably studying with Carissimi, the master of the oratorio) and the humanist concerns of an entire period. Like a miniature opera, each piece relates an exemplary destiny, including several strong-willed women (Judith, Cecilia, Mary Magdalene) and a deep friendship put to the test (Mors Saülis and Jonathæ).
Ensemble Correspondances
Sébastien Daucé, direction 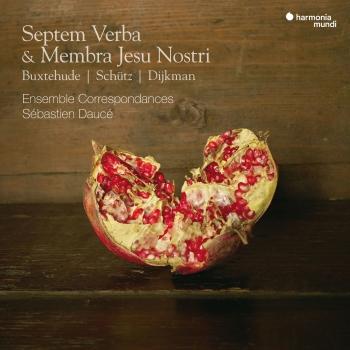 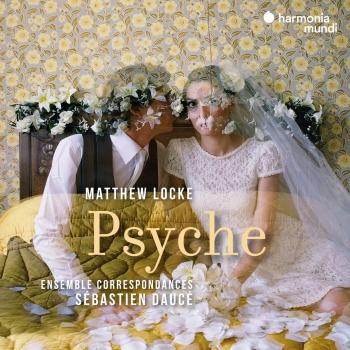 Ensemble Correspondances
Since its formation in 2008, the Ensemble Correspondances has devoted itself chiefly to French sacred music of the seventeenth century. Brought together by Sébastien Daucé during their studies at the Conservatoire National Supérieur de Musique (CNSM) de Lyon, the musicians of Correspondances pursue this work (focusing notably on Marc-Antoine Charpentier) with infectious enthusiasm today.
To date the Ensemble Correspondances has appeared at such French festivals as Saintes, Fontevraud, Musique & Mémoire, Sablé, Royaumont, and Sinfonia en Périgord. It has also performed at the Festival Oude Muziek Utrecht and in Rome, Nuremberg, Foligno, and Fribourg, and has toured Japan and Colombia. The ensemble has given several concerts for such radio stations as the Bayerischer Rundfunk, Radio France, and the Radio Suisse Romande. Its most recent engagements have taken it to Royaumont, the Ambronay, Lanvellec, and Pontoise festivals, and Rome, Hamburg, and Hong Kong.
Sébastien Daucé
After a specialized program at the National Conservatory of Music of Lyon, Sébastien Daucé played under the direction of Kenneth Weiss (Didon and Aeneas, Madrigal of Monteverdi), of Gabriel Garrido (Ercole Amante of Cavailli, in the Academy of Baroque Opera at Ambronay, and recently for the recording of another Cavalli opera, Gli Amori d’Apollo e Datne,) of Raphaël Pichon (Pygmalion), of Toni Ramon (Radio France), of Françoise Lasserre (Akademia) and Geoffroy Jourdain (The Crys of Paris).
He was the assistant of Kenneth Weiss’s for the 2006 and 2007 academies at the Festival d’Art Lyrique in Aix en Provence (France).
In 2006, he founded the Ensemble Correspondances. The first concerts of this ensemble, made up of young musicians from the National Conservatory of music of Lyon and of Paris, took place in France and in Switzerland. During this time, they were recorded and aired on the radio. The Ensemble Correspondances toured Japon in December 2009 ; and have played in some prestigious festivals (Pontoise, Saintes, Utrecht). Their two firsts Cds have been recorded on the ZigZag Territories label : they both received notable press such as Choc de Classica and a Diapason découverte. Sébastien Daucé has worked, as well in the past few years, on Marc-Antoine Charpentier; in which he has published in the Abbesses Editions, three operas, in collaboration with William Christie. From 2012, he is a teacher at the Pole Supérieur Paris-Boulogne.